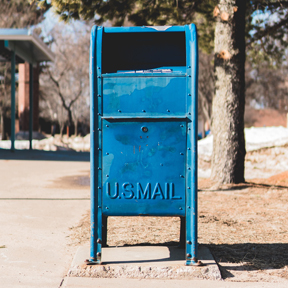 On Tuesday August 18, 2020, the League of Women Voters of the United States, the National Urban League, and Common Cause filed a lawsuit against the Postmaster General and United States Postal Service asserting that recent changes to postal service procedures and equipment presents an undue burden on fundamental right to vote, infringes on voters’ free speech rights, and violates the Administrative Procedures Act (APA).

The Postmaster General issued an announcement on Tuesday that the agency would suspend certain “operational initiatives” until after the election, though it did not offer many details. Many questions remain as to whether this suspension of initiatives covers the most concerning changes already made, such as the removal of hundreds of mail sorting machines and the treatment and timeframe for delivery of election-related mail. Furthermore, the erosion of trust and major delays that resulted from the changes to procedures and equipment remain.

“The League supports the US Postal Service, one of our country’s oldest and most trusted agencies. Yet, even with the supposed suspension of changes to USPS’s system, the damage has already been done,” said Virginia Kase, CEO of the League of Women Voters of the United States. “The distrust has been sown. Voters are left confused and uncertain as they navigate how to vote safely during a pandemic. We must not allow the proposed changes to USPS to be implemented, for this election or any future election. We must restore voters’ faith in our mail system.”

The lawsuit, National Urban League, et al v. DeJoy, defendants intentionally made changes that would undermine the upcoming election. The lawsuit requests the court to weigh in on whether the U.S. Constitution was violated, restrict future action by the Postmaster General to implement nationwide changes to the mail system without proper oversight, and take immediate steps to mitigate the damage caused by these changes.

“As a century-old organization, the League understands the importance of being a credible and trusted beacon for American communities. The shenanigans that postal workers and USPS agency officials have had to endure are shameful,” said Celina Stewart, chief counsel and senior director of advocacy and litigation at the League of Women Voters of the United States. “The taint of the Postmaster General’s flippant changes will not be removed until a clear plan is outlined detailing how the agency will mitigate the damage done and establish transparency. Only then will trust begin to be restored for millions of individuals who rely on the vital services that the US Postal Service provides.”

The League and its partners are represented by the Lawyers’ Committee for Civil Rights Under Law and Arnold & Porter LLC.

“Postmaster General Louis DeJoy has wreaked havoc across the country with reckless policies intended to disrupt the timely delivery of mail just weeks in advance of a general election,” said Kristen Clarke, president and executive director of the Lawyers’ Committee for Civil Rights Under Law. “Without question, DeJoy is weaponizing the United States Postal Service (USPS) to disenfranchise Americans who choose to vote by mail amid an unprecedented pandemic gripping the nation. We are filing this lawsuit to stop actions that were adopted unlawfully and that were intended to cause delays intended to disrupt the November election. DeJoy’s statement vowing to suspend changes rings hollow in the absence of remedial action taken to address the damage that his actions have caused.”

“There is nothing more precious in the Constitution than the sacred right to vote, and the law will not and cannot stand idly by when that right is infringed for political purposes,” said Kenneth Chernof, partner at Arnold & Porter.

Voters are strongly encouraged to act early with their voting plan this year, whether it involves voting by mail or voting in person.

Janaki Gogulamudi, Outgoing Action/Voter Services Intern for the League of Women Voters of Berkeley, Albany, and Emeryville (LWVBAE,  said vulnerable populations, in particular, must have access to reliable mail service.

“The public rely on USPS mail boxes to send out their mail. These boxes are vital during election times because they are  convenient and easily accessible.  The accessibility to these mailboxes is extremely vital during our current pandemic, ”  she said.

Adena Ishii, LWVBAE Voter Services Director, said she was grateful that the League was taking  such strong action against the systematic dismemberment of the US Postal Service that threatens our democracy.

“On the local level, our LWVBAE is making sure to bring you accurate information about this election so you can make sure your vote is counted. Follow our social media accounts, sign up for our eblast, and check back on our elections page as we add more information. We want to make sure you feel confident that your voice is being heard and you will be counted in this election,” Ishii said.