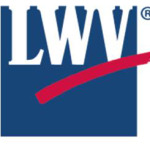 All Members are called to attend the August 27 Business Meeting at 1 pm to vote on two important items. Attendance in the Julia Morgan Meeting Room in the University of California  Berkeley Botanical Garden is free for members, although there is a charge for the luncheon at 11:30-1 pm and for the optional garden tours at 2 pm. Sign up for the Fall Luncheon with this link.
More about the Luncheon and garden tour.

Please read the discussions of the two proposals below for a fuller understanding of the two items on which members will be asked to vote.

Motion to add a new member fee to our current membership options to set your own membership fee at $20 or more.

The change will help achieve diversity in our membership and allow members who are unable to afford a regular membership to have a voice and a vote in our League. We will also invite members who can afford to do so to add larger additional contributions when they pay their annual dues–to support our work and our PMP [per member payments] to the other levels of League.  Non-voting membership is also now open to 16 and 17 year olds at no cost.

Because our free membership offer last year was so successful in recruiting new members, the board searched for a way to restructure the membership fees to encourage the retention of new members who might find it difficult to pay our full membership fee. At the same time, the Board must ensure that our League can sustain itself financially. Members are often unaware that most of the $75 membership fee–$61–is sent to the regional, state, and national levels of League to support our work at these levels. State and national League employ staff–to lobby legislators and educate the public on our key issues and to provide necessary services and information for local and state Leagues. The board urges members to approve this change towards a more accessible and welcoming organization.

Motion to adopt a study of proportional election methods to replace current methods used in our three cities.

The Albany and Emeryville City Councils, all three cities’ School Boards, and Berkeley’s Rent Stabilization Board are elected by “plurality at large.” In this method, each voter may vote for the same number of candidates as there are seats to be filled. The candidates that get the most votes win the seats; that is, those with the largest number, or plurality, of votes win. This, again,  does not ensure that a majority–or even any one–of the Council is elected by a majority of the voters city-wide or that a large minority of voters will be able to elect any candidate.

Why should the LWVBAE do this study?

The study would fill a gap in our local election positions. We have no US, CA, or local position stating  preferred election method for at-large elections, such as those in our three cities. For single-seat elections, such for the Berkeley City Council, our CA and local positions support single-seat ranked choice voting. There is no position regarding whether single-seat districts or at-large elections are preferred. Many state and local leagues have studied these issues and adopted positions in favor of proportional representation, for example LWV Washington, so we could draw on their materials.

The proposed study is relevant to two elements in our statement of Principles and several League policy positions:

LWVUS position: Promote an open governmental system that is representative, accountable and responsive. As part of the Making Democracy Work campaign in the late 1990s, the League focused on and still stresses “five key indicators of a healthy democracy: voter participation, campaign finance reform, diversity of representation, civic education and knowledge, and civic participation.”  Diversity of representation—in the broadest sense—is relevant to this study.

LWVC Position on Election Systems: Support election systems for executive and other single seat offices, both at the state and local levels, that require the winner to receive a majority of the votes, as long as the majority is achieved using a voting method such as Instant Runoff Voting, rather than a second, separate runoff election.

Is the League an appropriate organization to do such a study? See the Principles and Positions quoted above.

Why is this timely?

The City of Albany Charter Review Committee will bring a related proposal to their Council in the spring. The outcome of this half-year study would determine if LWVBAE has a position upon which to contribute to these deliberations.

Do we have someone to lead the study and people ready to serve on the study committee?

Action Director Preston Jordan and several others are committed to working on this study and Director Jordan is actively interviewing prospects.

Timetable for the Half-year Study:

The Study Committee will meet in early September to review the study proposal and formulate a few key consensus questions to bring to the membership. The Committee will present the proposed consensus questions to the Board for approval at their September meeting. Following Board approval, the Committee will gather and discuss background material pertinent to the adopted consensus questions, and then prepare and distribute written material for the members in advance of the consensus meeting[s] in January and/or February. The committee will also prepare an oral presentation for the consensus meetings with brief background on each question and ample time for members to discuss and decide answers. The results of the meetings and any potential position(s) where member consensus is achieved will be reported to the Board for approval. Whatever potential position(s) the Board subsequently approves will then be presented to the general membership at a meeting, for example, the Annual Meeting, for adoption.

Note: For more information on proportional representation click on the link. You will find also find  links to the LWV Washington study and other background materials.