Filmmaker Christopher (Toby) McLeod will report on his December visit to Standing Rock at the Environmental Concerns meeting on Monday, January 9, from 7:30 to 9 pm in the Parlor Room, Northbrae Community Church, 941 the Alameda, Berkeley. The meeting is free. The public is welcome to attend. The Parlor Room is wheelchair accessible from the parking lot behind the church: use the rear door to the south (left as you face back of church community building] for level entrance to Parlor Room. 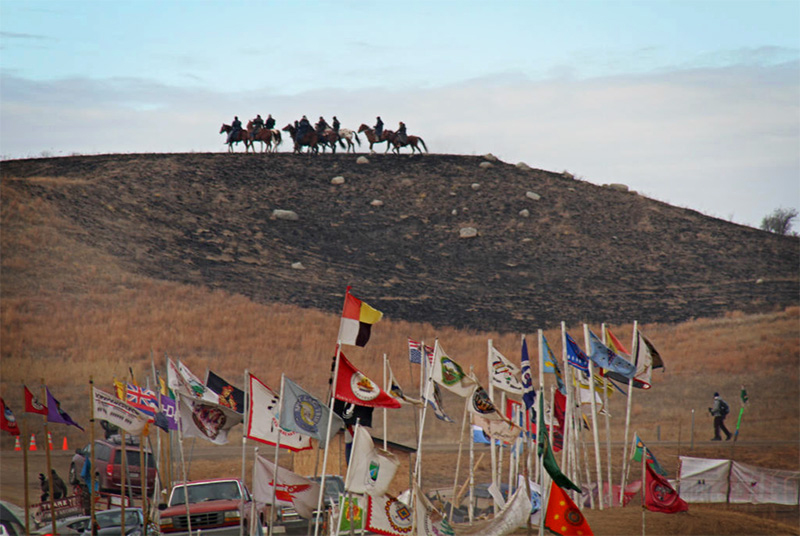 Toby McLeod has been Project Director of Earth Island Institute’s Sacred Land Film Project since 1984. In 2013, he completed the four-part series Standing on Sacred Ground, which premiered on public television in April 2015. Covering eight indigenous communities, Standing On Sacred Ground exposes threats to native peoples’ health, livelihood and cultural survival. In the U.S. and around the world, indigenous people defend human rights and restore the environment in their sacred places, the original protected areas. In a growing worldwide movement, the films show that their resistance provides the path to our common future.

Join us to hear and see more about Toby’s recent journey to Standing Rock, North Dakota and the demonstrations by the Standing Rock tribe, other tribes and many others to prevent the completion of the DAPL, Dakota Access Pipeline, which threatens the tribe’s drinking water and traditional sacred sites.

Environmental Concerns hosts outstanding experts on environmental issues on the second Monday of each month September to May.

Up Next: Monday, February 13.2017, Mary Ellen Hannibal author of Citizen Scientist, Searching for Heroes and Hope in an Age of Extinction.