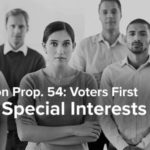 On Tuesday millions of Californians finally had their say on 17 state ballot measures. The voters stood up for transparency in government, better schools, safer communities, and environmental protection.

“Voters spoke loud and clear when they passed Proposition 54, demanding transparency, accountability, and the right of all Californians to participate fully in crafting the laws we live under,” said Helen Hutchison, LWVC President.

Across the state, California voters affirmed their willingness to improve and invest in public education by passing Props 51, 55, and 58. “With Prop 55 in place, the wealthiest taxpayers will continue to pay their fair share and California can continue moving toward financial stability,” added Hutchison. “The work to restore adequate funding for schools and health care will continue, but today was a big win!”

Californians sided with the environment by passing Prop 67 to retain a plastic bag ban statewide. “We’re pleased that voters saw through the plastics industry’s slick attempt to end the bag ban and turned down the manipulative Prop 65,” continued Hutchison.

Criminal justice and public safety measure results were less consistent. Californians got it right on common-sense gun safety and much-needed sentencing reform by passing Propositions 63 and 57, respectively. However, the League is deeply disappointed in the failure of Prop 62. “We had the opportunity to replace our death penalty with life without possibility of parole,” said Hutchison, “but despite the moral and financial imperatives, voters rejected that measure. Instead, California passed Prop 66, an ill-conceived, irresponsible, and expensive measure that increases the chances we will execute an innocent person.” Prop 66 will likely be tied up in court challenges for quite some time.

Read all of the League’s ballot recommendations.

League supported measures also passed in our three cities and in the region.
For details, click here.