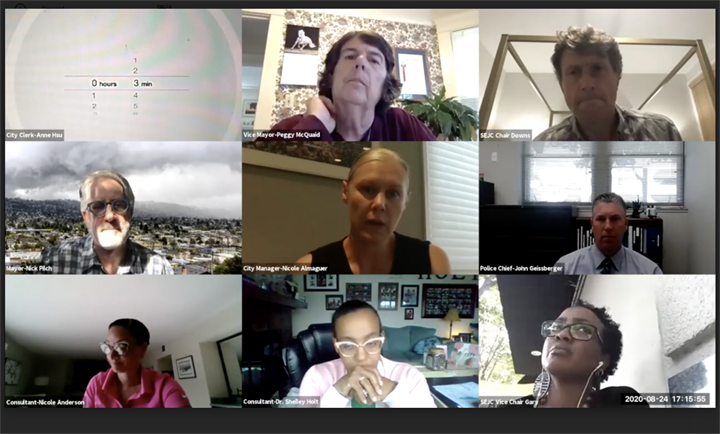 On August 24, 2020 an Albany working group met to discuss the creation of the Albany Community Policing and Relations Task Force. The group explored the Task Force’s possible duties, with Albany Mayor Nick Pilch advocating for an expansion of the Task Force’s role in the city. Specifically, Pilch suggested that the Task Force’s responsibilities should include researching alternative practices to policing. Nicole Anderson, a consultant present at the meeting, explained the city’s original motivation for creating the Task Force.

“[We are] acknowledging to the community, those that have been harmed, and those that are hurting right now,” Anderson said. “Let’s not forget why we’re here: we seek systemic change that will last.”

At the meeting, the working group finalized their plans to take action on three items: examining policing practices that harm community relationships, researching best and alternative practices in other jurisdictions, and speaking with Albany residents to include community input. The group also agreed that the Task Force would be made up of representatives from different parts of the Albany community, and would include youth members, senior members, representatives from business groups and faith organizations, and others.

The working group also took comments from the public throughout the meeting, with some Albany residents requesting that members of the public be chosen to join the Task Force to ensure full representation.

“It seems like the city is going to have its own people on this committee making the decisions,” an attendee said during a public comment. “The public should be given a real opportunity to be part of this Task Force.”

The working group will continue to develop the Task Force over the coming months, with the date of its next meeting not yet determined.