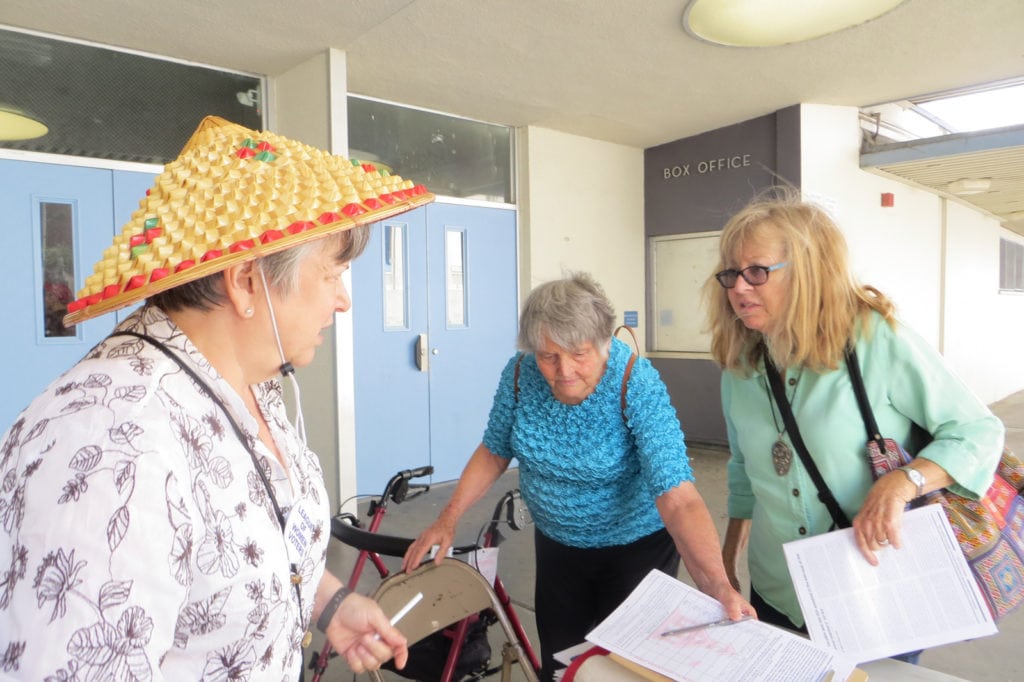 A whirlwind of activist energy was unleashed in June as the Prop. 13 Reform Team gathered the most signatures of all local Leagues in the state on behalf of the ballot measure “Schools and Communities First!” Besides gathering signatures, Team members learned much about carrying out successful outreach – finding high voter response venues, best practices in approaching voters and connecting with partners in the teacher, Latino, and nonprofit communities. 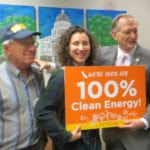 Green Lobby Day on June 13 gave the Climate Team a chance to help move SB100 (DeLeon) the bill to increase California’s Renewable Portfolio Standard to 100% carbon free energy by 2045 – through the Assembly this session by lobbying all Assembly members. It was energizing to partner with other Climate groups such as 350 Bay Area, Sierra Club, and Citizens’ Climate Lobby, as well as to meet a few of the Assembly members like Bill Quirk. 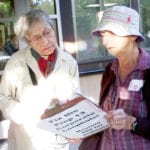 Combining the efforts of the Climate and Prop. 13 Reform Teams, Leaguers gathered signatures for the Prop. 13 Reform ballot measure at a workshop to roll-out the Alameda County Community Choice Aggregation program to Berkeley residents. The adoption of this opt-out program by Alameda County was spearheaded by groups like LWVBAE. Community Choice Aggregation is likely to significantly advance the pro-climate use of renewable energy from sun and wind over fossil fuels.
Finally, a beautiful, cool June 17 helped make the annual Juneteenth Festival in the Berkeley Adeline Corridor a great success for visitors and vendors alike, including the LWVBAE “Make Democracy Work” table ready to register voters and to give advice on the upcoming Nov election. 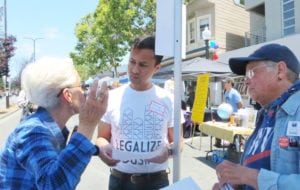