On Aug. 2, 2022, Kansas was the first state in the nation to vote on the issue of abortion since the Supreme Court of the United States overturned Roe v. Wade on June 24.

THE AMENDMENT
The amendment to their state constitution, backed by anti-abortion advocates, was voted onto the midterm ballot in late January by Kansan Republican legislators. 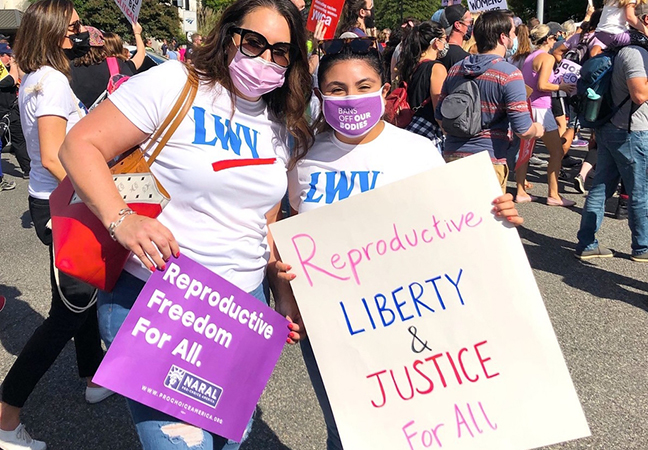 While the amendment itself was concerning enough — taking away a constitutional right is always serious business — placing it on the ballot in the normally closed partisan primary election, typically a low-turnout affair that caters to the majority-party faithful, causes us to wonder if legislators picked this date in part because fewer people (especially those in the minority party) were expected to vote.

This amendment was wordy and confusing, complete with a name designed to mislead (“The Value Them Both Amendment”), and the explanation on the ballot itself does not accurately describe what is at stake.

Some of the misinformation advertised by the “Vote Yes” camp made it even more confusing. For example, proponents claim that the two purposes of the proposed amendment were to prohibit late-term abortions, and prohibit government funding of abortion care.

Yet “late-term” abortions — abortions after twenty-two weeks of pregnancy — are already banned except in cases of probable death or injury to the people giving birth. According to the Kansas Department of Health and Environment, there has only been a single late-term abortion performed in Kansas since 2015.

Likewise, Kansas state law prohibits state or municipal funding for abortions except when it is deemed necessary to save the life of the pregnant person.

Government funding of abortions is already illegal, so why did the proponents keep telling the public this amendment is necessary to prevent it?

HOW THE LEAGUE TOOK ACTION
In response, nine local Kansas Leagues shared factual information about the amendment at art fairs, community gatherings, 4th of July events — anywhere voters are gathered. Our members are answering questions about the amendment, passing out flyers, and helping folks understand the heart of the issue.

LWVK had strong, supportive partners in this work against the amendment’s passage, so we were not alone! As a member of the steering committee of the nonpartisan Kansans for Constitutional Freedom (KCF), we joined with other community organizations across the state to inform and educate the public. KCF has led the way with robust research and targeted messaging, providing partner groups with talking points, stickers, yard signs, bumper stickers, and more to encourage a unified voice among all “Vote No” advocates.

–This article was derived from a blog written by Jacqueline Lightcap and Martha Pint, co-presidents of the League of Women Voters of Kansas, July 25 2022. The amendment was soundly defeated on August 2nd in this very conservative state.