Join the 12,000+ League supporters who have signed the petition saying they will not let the ‘Election Integrity’ Commission’s efforts to investigate voter fraud threaten their ability to exercise their right to vote.

Voting brings us together as Americans—it is the one time we are all equal. But a new national task force, created to justify President Trump’s false claims of widespread voter fraud in the 2016 elections, is laying the groundwork for dangerous voter suppression across the country.

The so-called ‘Election Integrity’ Commission, chaired by Vice President Mike Pence and Kansas Secretary of State Kris Kobach, is seeking to find potential fraudulent registration on voter rolls across the country. They’ve requested personal, confidential information from all fifty states that threatens the privacy of Americans.

This Commission is not interested in facts, but rather false accusations in order to implement dangerous election policy. The League will not let this Commission intimidate voters but we need your help. Tell the Commission you won’t let anything stop you from exercising your right to vote. 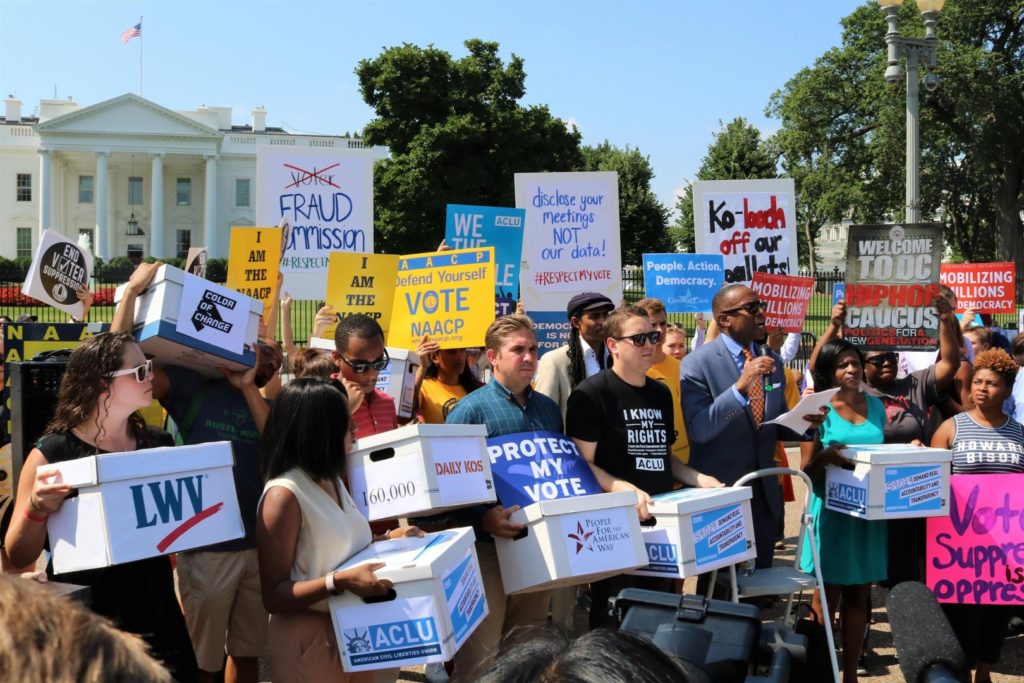