Nearly three months after being welcomed to the League, the League’s high school interns gathered on September 7th at the office to discuss their experiences, and to learn how to best use popular communications and database platforms.

The meeting commenced with three trainings presented by Director Ishii about Google Drive, Prezi, and email etiquette, respectively. The interns were each already familiar to some degree with all three topics. But through the presentations, they gained valuable insight regarding each – for example, they learned the difference between CC (carbon copy) and BCC (blind carbon copy) when specifying email recipients. Unlike carbon copy, blind carbon copy hides the recipients from all but the sender. Carbon copy is utilized to keep those other than the main recipient included in an email chain.

Then, each intern reported their summer accomplishments. Though three of the interns had been out of town for portions of the summer, all had managed to complete appreciable work.

Karanina Zim, the Communications Team Intern, wrote articles for the League’s website and eBlast. She also helped manage the League’s social media. She noted that she enjoyed conducting research for her articles because it enabled her to be more aware about current events and her community.

Schools & Communities First! Team Intern Cameron Amianda began her internship by conducting research about Prop. 13 reform. In addition to online research, she communicated with the Alameda County Assessor’s Office to learn more about the issues involved. After learning about the statewide campaign to reform the proposition,  Amianda said she began to work on videos to inform the public about Prop 13. She developed interview questions and gathered footage for her video from key locations throughout the Bay Area. 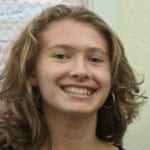 Sienna deCarion explained that she co-wrote an article with Kandea Mosley, Deputy Director, and began to attend Measure P commission meetings. deCarion said she enjoyed being able to track the implementation of Measure P behind the scenes, and filled the rest of the interns in on its progress. For example, the interns learned that there is a difference between how schools define homelessness and how the state defines homelessness. 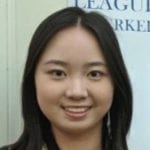 Cynthia Deng had recently returned from being out of town for a majority of the summer and was therefore just beginning her internship with the League. However, she expressed that she was eagerly anticipating her League work this fall. The other interns echoed this sentiment and said they were looking forward to learning more about community issues of shared concern, such as homelessness.

The interns and directors spent some time discussing how they each felt about the political climate. Ishii said she was concerned about the census, especially in our county. Inaccurate counts could result in the loss of millions of dollars required for social work, Ishii said.

The interns then reflected on recent tragedies, such as the mass shooting in El Paso, TX, but were generally optimistic about the future. Amianda said she was glad that “people are no longer beating around the bush and looking at tragedies like isolated incidents.” She added that a lot of political dialogue is beginning to align with things that are important to the interns, such as climate change. The interns discussed the upcoming youth-led climate strike and emphasized its importance.

“We need to take advantage of this one-day strike and make climate change a day-to-day thing that people care about,” said Amianda.

Finally, everybody reflected that it was nice to catch up.

“We work on very separate things and it’s nice to hear about what you guys are doing,” deCarion said.  As the meeting concluded, the interns said they planned to participate together in the upcoming climate strike in San Francisco.