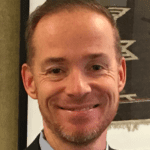 After exchanging quick introductions and handshakes with attendees, Stephens began the talk by giving a synopsis of his background. He began his career as a Spanish bilingual teacher in Oakland before he moved to attend graduate school in Boston, MA, where he worked after completing his education. He eventually returned to the Bay Area, where he has since worked for over a decade in places such as Hayward, Oakland, and, most recently, San Francisco, where he had assumed the position of Chief Academic Officer before being appointed as Berkeley Unified School District’s new superintendent last summer. Stephens shared that he is also a husband and father, and plays in a punk rock band in his spare time.

The new superintendent then asked the audience to consider three concepts: equality, the idea of providing all members of a population with the same support; equity, which stipulates that people start at unequal places with different socioeconomic advantages and disadvantages, and strives to correct the imbalances; and justice and liberation, where the causes of inequity are addressed and systematic barriers removed entirely. Stephens said he aims to create a system of equity and justice in Berkeley Unified School District by directing funding at equity gaps.

Stephens next presented a comprehensive Berkeley Unified School District (BUSD) budget overview. He began with a breakdown of federal and state funding, explaining that Governor Jerry Brown had increased post-recession public education spending with a funding model known as the Local Control Funding Formula (LCFF) that began six years ago. The LCFF emphasizes providing extra support for three categories of students who may need it: students who qualify for free or reduced priced meals, students who are English learners, and foster youth. As part of the LCFF, BUSD also crafted a Local Control and Accountability Plan, which includes supplemental support for equitable outcomes such as high quality classroom instruction, culturally and linguistically responsive systems, and safe and welcoming schools.

Towards the end of his talk,  Stephens said that spending levels over time to meet the mandates of local, state and federal education departments had led to structural deficits in local school district budgets. California is still 37th in the nation in average spending per student, even after six years of increased funding for education. BUSD is facing a $3.8 million budget reduction, and revenues will be unable to meet costs in compensation, special education, pension contributions, and transportation. Berkeley is below average in comparative Bay Area district averages such as salary and benefits, and falling competitiveness in the local job market means more openings, or a greater number of unfilled positions.

Staffing reductions could “affect the classroom and educational experience” of students, he said, and proposed an “Educator Recruitment and Retention Measure” which would “supplement educator compensation and create targeted programs for hard-to-staff positions such as special education staff, bilingual staff, and STEM teachers.”

Methods to achieve this goal would include addressing and improving factors that contribute to teachers’ sense of satisfaction such as pay, quality of collegial interactions, working conditions, opportunities for professional growth, and effective leadership. For example, offering competitive, equitable compensation packages, creating career pathways, and improving mentoring would contribute to better recruitment and retention, he said.

Stephens wrapped up his informative talk with a roadmap to the elections of next March, when the school district may have a final measure to propose to voters that would increase BUSD’s overall competitiveness and address budget gaps.