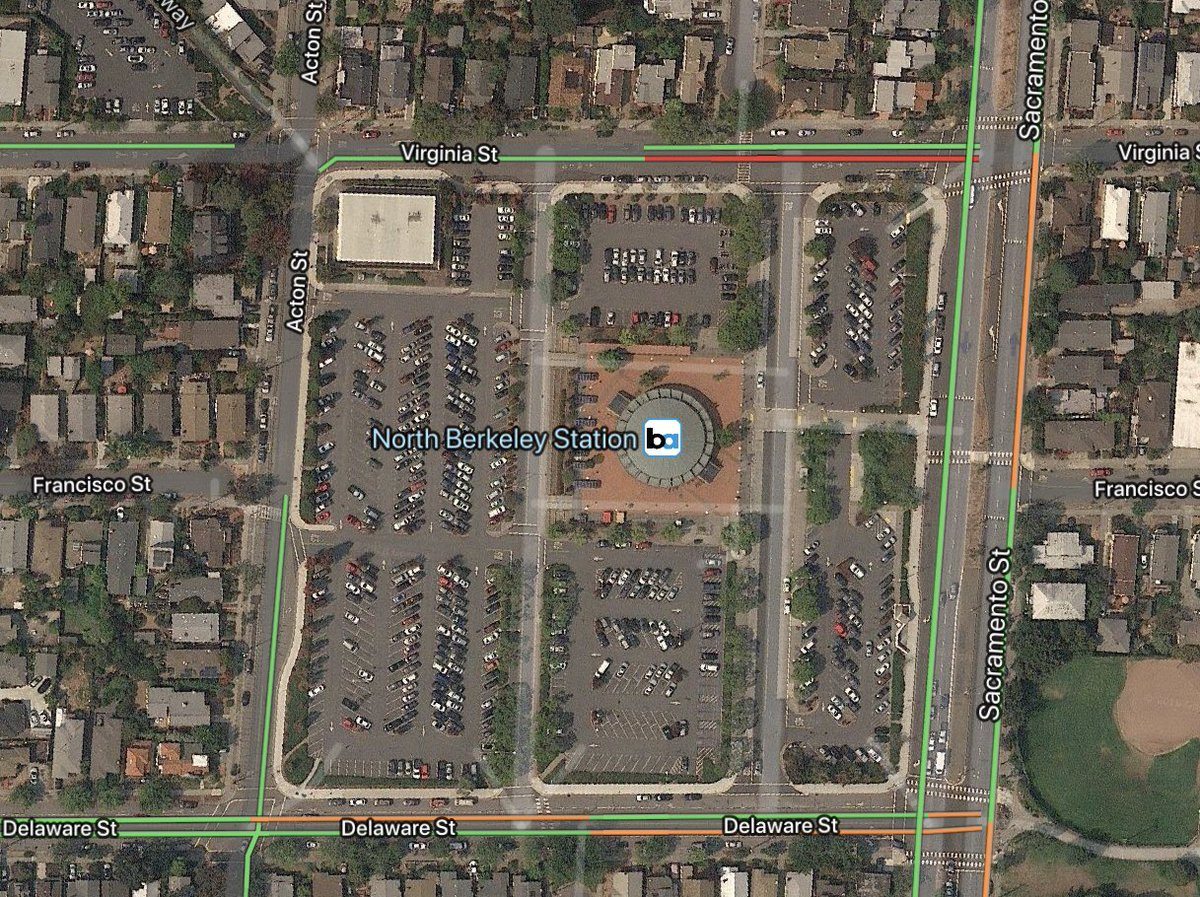 The March 15 meeting was organized by Berkeley’s Mayor Jesse Arreguin, District 1 Councilmember Linda Maio, and BART Director Rebecca Salzman. It was called in general as a response to Berkeley’s well-documented housing crisis, but more specifically to very recent rumors of plans to build a large-scale housing development on the BART parking lot.

Each elected official greeted the almost 300 attendees, mostly older adults. Their major message: there is no current plan being considered, nor is there even a plan for a process. They assured attendees that any process would include ample opportunity for public engagement, and that this particular meeting was designed to provide some information, but more importantly to hear from concerned neighbors and begin a community conversation.

Val Menotti, BART’s chief planning and development officer, presented a brief power point about BART’s goals and guidelines for transit oriented development (TOD) to which they are very committed and an overview of several of their completed mixed-use developments on their properties.

Community members did provide their perspectives through two open mics . . . one minute at a time. There was significant support for housing on the site–with advocates citing the need for more housing, housing for commuters who wouldn’t need to drive, housing for “our kids who can’t afford to live here,” and opportunities for greater diversity in Berkeley’s gentrifying population. Most of that support was conditional on affordability levels, parking replacement, height in context with the neighborhood, rent control options. Speakers who were opposed to new development, or at least suspicious of it, worried about the loss of neighborhood character with out-of-scale development at the only BART station in an entirely residential neighborhood. They were also concerned with increased parking and traffic in the neighborhoods, the fallacy that new for-profit housing lowers housing costs overall, and whether the City has the wherewithal to expand services to accommodate new residents.

Though most of the comments were specifically about housing development on BART property, two pending bills in the state legislature have added context and, for some residents, increased urgency. SB 827 co-sponsored by Berkeley’s state Senator Nancy Skinner, would allow increased height and density, and a relief from parking requirements for new housing projects within a quarter mile of transit hubs and a half mile of BART stations (all other local zoning regulations regulations would apply.) AB 2923, co-sponsored by San Francisco Assemblymember David Chu, would give the BART board authority to build whatever they want on their parcels. (Note: We learned that currently the North Berkeley BART property has no local zoning restrictions.) Some speakers were desperately concerned that either of these measures would usurp the community’s right to have a say in any development.

Mayor Arreguin announced he opposed both state bills and received both cheers and boos from the otherwise polite audience.

What happens next? According to BART, they and the City could discuss development scenarios within BART guidelines, or the City could determine its own guidelines/zoning and proceed from there. “All deliberations occur within public process,” Menotti assured.

Many of the attendees were wearing “I (heart) North Berkeley.” When asked about the meaning of the badge, one attendee said they represented “our north Berkeley Neighborhood Group” who wants to insure they have a voice in the process.