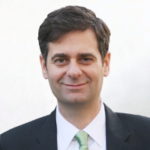 Sunshine Week, the second week of March, is a nationwide celebration of open access to public information. Our country recently emerged from a divisive election cycle where wealthy interests spent vast sums of money to buy influence over lawmakers. The influence of campaign contributions continues to play a huge role in the new Congress and the Trump administration.

With that in mind, MapLight is working harder than ever to provide the public with the information they need to hold their government accountable. Our innovative transparency database and federal lobbying data set make it easy to see influence connections at the click of a mouse. We then bring this data to public attention via original reporting on the political money behind public officials.

Maplight’s website allows you to research info about who the  money connections between elected officials,  candidates,  organizations and businesses  in many different ways at maplight.org.

Maplight’s offices are on Shattuck Ave. in Berkeley; Dan G. Newman, President and Co-Founder, pictured above, is a longtime friend of LWVBAE.

In light of money’s prominent role in our newly elected government, MapLight’s work providing the public access to the information they need to hold public servants accountable has become more important than ever.

This Sunshine Week promote transparency. Read Maplight’s recent reports anytime to check out links between corporations and elected officials. At election time, use Votersedge.org/CA, a partnership with the League of Women Voters of California, which shines a light on funding sources of candidates and ballot measures.