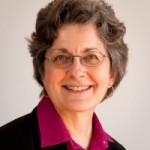 The 2017 California legislative session is a wrap; we have new laws addressing many of the critical issues we face in California. Because so many of you took action, we’re celebrating major legislative victories:

In addition to the many action alerts we sent, the League was also advocating for other bills at the Capitol. This year, Governor Brown signed ALL of the bills supported by the League that came across his desk! California now has 27 new League-approved laws, improving California’s policies on the environment, education, voting rights, and more.

Unfortunately, our efforts to reform California’s broken bail system were stalled, but we’ll have another chance to fix that when SB 10 is taken up again next year. We’re also looking forward to ongoing efforts to address the housing shortage and progress on key higher education bills. The League is also ready to take action on campaign finance reform and any legislative responses to new federal activity.

Thank you again for speaking up!

P.S. The legislature will be back in January, and we’re already hard at work. Help us make change: please follow us on Twitter and Facebook, join the League, or contribute.