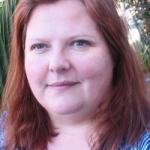 Melissa Breach, the Executive Director of the League of Women Voters of California, spoke eloquently at the Women’s March. Links to video of Her remarks  at the Oakland March are here.

In her eleoquent remarks, she quoted the League of Women Voters Founder Carrie Chapman Catt:

Her full  remarks are below:

Oakland Women’s March Remarks
Melissa M Breach·Saturday, January 21, 2017
Hello Oakland! Did you know that today is the 100 year anniversary of the 1917 Women’s March on Washington? That year over 1,000 women marched to the white house demanding President Wilson support women’s suffrage.
Here today, we stand on the shoulders of those women. We stand on the shoulders of civil rights organizers and stonewall rioters, of farmworkers and student activists, of education reformers and scientific researchers. We stand on the shoulders of all those who came before us and said with love in their heart: America can be even better.
California, our Golden State, embraces the very best of those values. They are woven into the fabric of our story and drive our success. For the immediate future, Sacramento’s political agenda and Washington DC’s political agenda are in profound conflict. We are miles apart on climate change, immigration, voting rights, healthcare, and the role of government itself. But we have been here before and it is worth remembering that progress only moves in one direction.
As we ponder where we are and the scale of the work in front of us, I can’t help but recall the words of the League of Women Voters’ founder Carrie Chapman Catt:
To the Wrongs that Need Resistance
To the Rights that Need Assistance
To Our Future in the Distance …. Give Yourselves.
So let’s all give ourselves in whatever way we can. Let’s organize to preserve affordable health care, stand up for our immigrant and refugee neighbors, and demand action on climate change.
Let’s agree right now that we will all resist the transparent attempts to divide us and that we will wholeheartedly reject any attempt to normalize white supremacy, misogyny, or xenophobia.
As Executive Director of the California League, I am often asked; but what can I do? Look around. What can’t you do? But if you really want help, I do have a few ideas:
· Be a joiner. Join the League of Women Voters of California. Join the ACLU. Join a campaign or a nonprofit board.
· Dig deep and try to develop the capacity to really listen to those with whom you disagree. Practice patience and civility. We need to change hearts and minds in order to win, and you can’t change what you don’t understand.
· Lastly, we must resist the fatigue that comes from fear and chronic outrage. Let’s recognize that some political losses are inevitable – at least temporarily. But politics is a long game!
All political progress occurs on the side of a mountain. The trail is steep and slick. It’s not surprising we occasionally lose ground, after all the past is all downhill.
Our future however, is above and ahead of us. Progress requires a hardscrabble climb uphill to that next peak. That climb takes grit and tenacity, but mostly it takes all of us working together.
And while we climb, there are some who will try to minimize our efforts. They’ll disdainfully remark on the California Bay Area Bubble we all live in. No. California is the 6th largest economy in the World. California isn’t a bubble. California is a beacon. And we can light the way for the rest of the country.
Thank you for coming out today. Thank you for standing on the side of the mountain. It is an honor and a privilege to climb with each and every one of you.