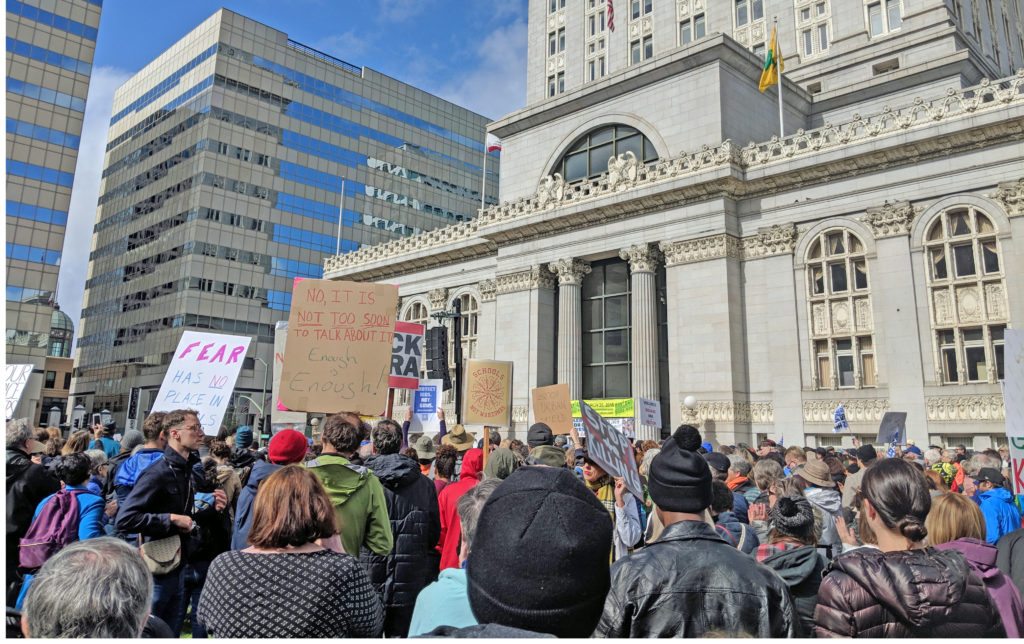 President Adena Ishii reports: Four different local Leagues attended the March for our Lives Oakland Rally at Frank Ogawa Plaza in Oakland. We registered people to vote, answered questions about the League, and marched in solidarity with the 3,000 people who attended. We heard from young speakers, poets, and singers. They joined together to call for an end to gun violence in our country. They urged the crowd to register to vote, stay informed, and keep the pressure on congress. They voiced their frustration with the lack of action that has been taken to combat gun violence, and they shared their hopes for the future. I was impressed that these young presenters recognized the black and brown communities that have been working on this issue for decades, and they acknowledged the activists who have come before them.

I spent a majority of my time speaking with students in the crowd, ensuring that they were pre- 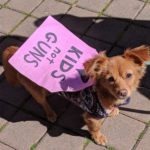 registered or registered to vote. I spoke with them about opportunities for engaging with the League, whether or not they were able to vote, and I encouraged them to reach out to the League closest to them to organize voter registration drives at their schools. Although many of the attendees were registered to vote, the fact that the League was out in the crowd and having conversations with the attendees was successful in making the League more visible to younger people.  We were able to show that we are  relevant and involved in current issues. 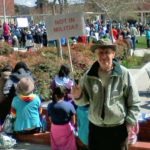 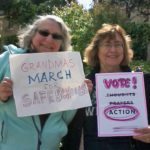 Costa County, and LWVBAEer Carol Stone, with her Grandmas March for Safe Schools sign and a friend with a Vote sign–marched from near Richmond BART on Nevins Ave to the Civic Center for a program of speakers including Richmond Mayor Tom Butt, students from Richmond High reciting their poetry and speaking of their experiences with gun violence, State Senator Nancy Skinner and many more.  In between speakers, a student read the names of young victims of gun violence–very moving. About 7000 marchers attended carrying blue march for Our Lives and red Moms Rising sings, as well as homemade signs like “Enough.”

More than 60 people signed the petition to put the Schools and Communities First on the Nov 2018 ballot–so Ruby reports it was a great place to get signatures.