Latinx Heritage Month was first introduced in June of 1968 as Hispanic Heritage Week by California Congressman George Brown. In September of 1968, President Lyndon B. Johnson issued a presidential proclamation of the first Hispanic Heritage Week. In this proclamation, Johnson, “[called] upon the people of the United States, especially the educational community, to observe that week with appropriate ceremonies and activities.” On August 17, 1988, President Ronald Regan expanded the week celebrating Latinx culture and heritage to a month, beginning on September 15th and ending on October 15th. September 15th is significant because it is the anniversary of independence for Costa Rica, El Salvador, Guatemala, Honduras, and Nicaragua. 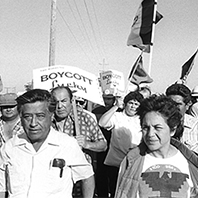 “We draw our strength from the very despair in which we have been forced to live. We shall endure.” –Cesar Chavez

“Let’s teach kids, at the kindergarten level, what the contributions of people of color were to building the United States of America.” –Delores Huerta

The Farmworkers’ Movement was a nationwide movement that worked to establish better pay and working conditions for farmworkers across the country. Cesar Chavez and Delores Huerta were at the forefront of this movement, organizing and leading nonviolent labor strikes, weeks-long fasts, and national boycotts. In 1962, Cesar Chavez, Delores Huerta, Gilbert Padilla, and others founded the United Farmworkers of America, the nation’s first farm workers union which continues to protect the rights of farmworkers today. 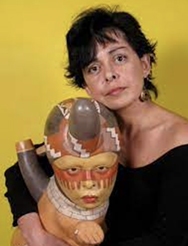 Be true to yourself for better or for worse, the work will always be genuine and it will always be fun to make it. We make art first and foremost for ourselves.”

Kukuli Velarde is a Peruvian ceramicist that specializes in sculptures made out of terracotta. A lot of her work reflects themes such as the consequences of colonization or what it means to be a woman. Velarde began painting at a very young age and says that her parents nurtured this creativity. In 1988, Velarde moved to the United States where she began to experiment with sculpture. She expresses herself and her heritage through her artwork and has stated that many of the faces that she has sculpted resemble her own. She is currently working on a series of sculptures that aim to highlight the aesthetics of early Peruvian culture before the country was colonized. 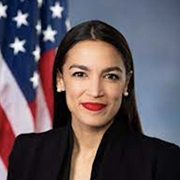 Alexandria Ocasio-Cortez, or AOC to many, became the youngest woman to serve in the US Congress when she was elected U.S. representative for New York’s 14th congressional district in 2019. Ocasio-Cortez grew up about 30 minutes away from the Bronx and regularly traveled there to see extended family. From an early age, she was very cognizant of how prominent economic disparities were between different neighborhoods in New York. AOC belongs to the Democratic party and believes that everyone should have equal access to healthcare, affordable housing is a necessity in this country, and the abolishment of ICE.

Jovita Idár was born in 1885 and died in 1946. She was a Mexican American journalist, activist, and suffragist. Idár grew up in Texas where her father worked as a newspaper editor and civil rights advocate. Idár set out to be a teacher but quickly left that work to join her father in journalism. She began to write articles alongside her brothers for La Cronica, her father’s newspaper. In 1911, Idár and her family arranged the First Mexican Congress which addressed the  lack of education and economic resources for Mexicans. Idár went on to fight for women’s suffrage rights, founding and becoming the first president of La Liga Feminil Mexicaista (the League of Mexican Women). 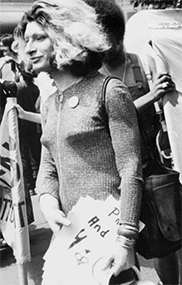 “We have to be visible. We should not be ashamed of who we are.”

Silvia Rivera was born in 1951 in New York City to a Puerto Rican father and Venezuelan mother. Rivera was born assigned male at birth and had a very difficult childhood. In 1963, Rivera met Marsha P. Johnson. The two of them connected as they both felt excluded from the gay rights movement. Both Rivera and Johnson went on to fight for gay rights, participating in the Stonewall riots of 1969. The two also started the Street Transvestite Action Revolutionaries (STAR) in 1971, which aimed to address issues facing the transgender community in New York City.