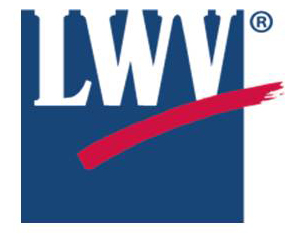 On Sunday, The New York Times ran an op-ed titled, How the Suffrage Movement Betrayed Black Women. The League is not mentioned by name in this piece, but we should have been. Our founders and early leaders were not inclusive of all women. African Americans were excluded through much of our history.  We have submitted a letter to the editor to the Times addressing our place in this history. These are hard truths to face but an important part of our story that we will continue to address as we approach our 100th Anniversary. [from LWVUS President Chris Carson, Thurs, Aug. 3, 2018] 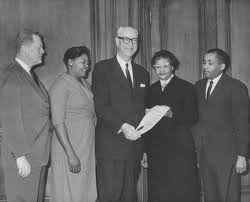 Local Angles: The LWVBAE Board has formed a Task Force to expand diversity and inclusiveness in the League. [Ed: more info soon]

Local League History: From its founding, right after women got the vote in California in 1911, the Berkeley Civic League, which became the LWV of Berkeley, followed the contemporary practice–African-American women and white women had separate suffrage organizations.

In the late 1930’s Ruth Scheer, later LWVB and then LWVC president, invited her fellow Democratic activist Ruth Albrier to join the League. [see “A Brief History of the League” at https://www.lwvbae.org/history-of-the-league/ and two articles by Linda Rosen appended to that history.”  Francis Albrier’s oral history, available in Bancroft Library’s collection of the interviews by the Regional Oral History Project, recounts the story in Albrier’s own words.

[From the 1940’s through the 1970’s, Francis Albrier and other African-American women were active  in the League. As the civil rights movement and black leadership in that movement grew, it seems that civic minded African-American women preferred to work through black organizations. By 1976, when I joined the League, a few elderly black women were still League members. I do not have much information about this period of the League nor these members.
We welcome recollections of League members and others who may remember this period and these members. Nancy Bickel, media@lwvbae.org]

NEW: In 2001 our League sponsored an  all-day community meeting which brought together about 100 community members for A Community Conversation on Confronting Racism: Finding Common Ground for Building a Stronger Community. Attendees found the discussions touching and enlighting and many of the break-out discussion groups planned to meet independently in future for visits and possibly community projects. Click to read the full Report: Community Conversation on Confronting Racism-LWVBAE-2001

Race/Related is a weekly newsletter from The New York Times exploring race, identity, and culture. For those leaders looking to expand their reading and think about these issues, we would encourage you to subscribe to Race/Related at this link.