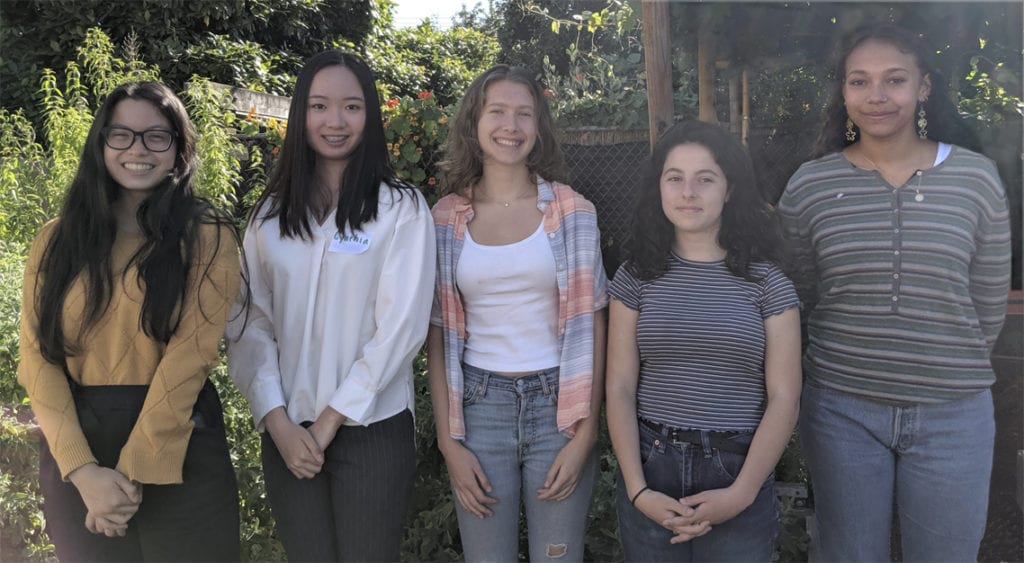 On June 23, our League welcomed its first ever group of high school interns at an orientation event hosted by League board members Adena Ishii (outgoing president), Kandea Mosley (deputy director), Linda Carothers (web manager), and Ruby MacDonald (incoming president), along with Melina Fike who is leaving the League to attend college this fall.

Melina, who recently graduated from Berkeley High School, has been involved with the League for around one and a half years. Last year, Adena reached out to her to incorporate more youth into the League. “Being a young person who has also been an intern and engaged with local politics in various ways, I knew that creating internship positions would have a positive impact for both the interns and the League,” said Melina, who worked weekly with the League on the pilot internship project and quickly became invested in it.

During the orientation, the interns and League members became acquainted with each other through ice breaker activities and a snack break. They learned not only each other’s names and reasons for applying, but also fun trivia such as taste in film and literature. (For example, a majority of the interns and League members would watch another installation in the Star Wars film series.)

The interns agreed that meeting each other was their favorite part of orientation. “They all seem very smart and interesting and I’m excited to work with them,” said Prop 13 Reform Team intern Cameron Amianda, who is entering 11th grade this fall at Berkeley High.

The interns will be working with various teams including Communications, Prop 13 Reform, and Voter Services. During the summer and fall, each intern will be matched with a different team. There will be another batch of interns next spring, with a potential overlap of the two groups.

Melina was excited about the launch of the internship program and optimistic about the future. “Not only will it create opportunities for young people interested in local issues and community activism, but it will achieve the broader goal of engaging more young people in the League’s work and mission,”she said.