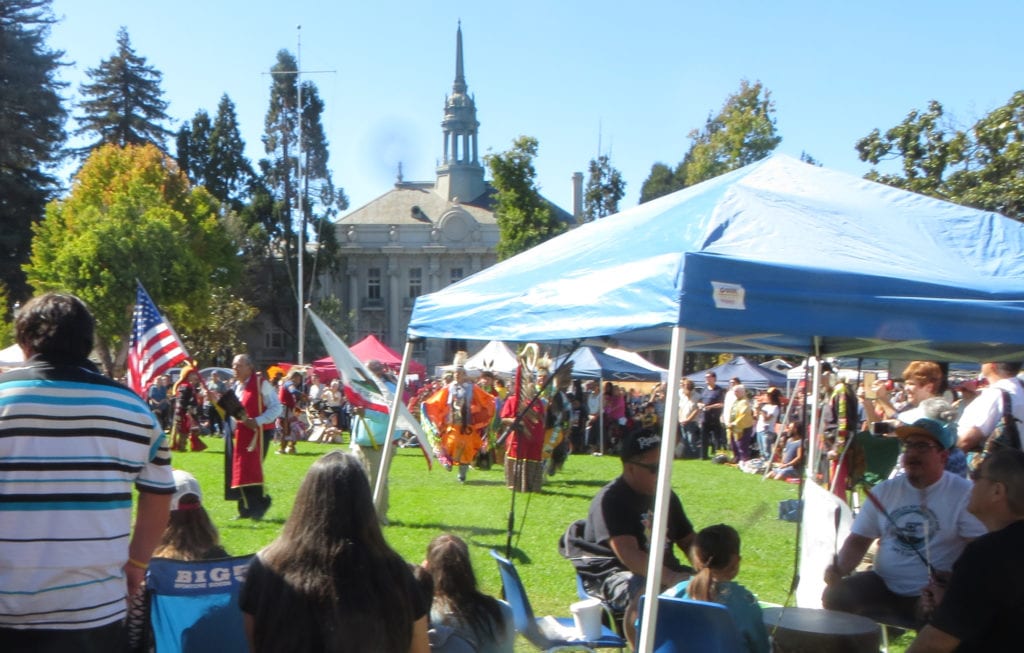 The Grand Entry of the Eagle Staff and Veteran’s Color Guard. 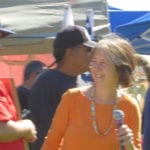 The highlight was the special Grand Entry of the Eagle Staff & Veteran’s Color Guard Host at 1:00 pm. At 1:30 State Senator Nancy Skinner made the Indigenous People’s Day Proclamation to the appreciation of all. Throughout, the variety of colorful and beautifully made costumes was stunning.

In this overwhelmingly festive atmosphere, LWVBAE set up a Voter Registration table which attracted a new voter. Others who stopped by included a German visitor interested in US elections and a visiting member of the LWV of San Diego. In addition to helping several voters, The LWVBAE Team learned a lot about Indigenous Peoples’ Day Celebrations held in as many as 2 dozen cities as far flung as Trinidad and Tobago, Portland, ME and Bainbridge Island, WA! 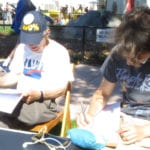