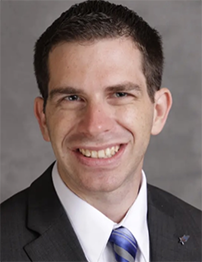 Igor Tregub, a former member of the Rent Board, former President of the San Francisco Bay Area Chapter of the Sierra Club, chair of the Housing Advisory Council and longtime climate change activist, gave LWVBAE the rundown of the current situation of rooftop solar power in California on October 10th.

Tregub said that according to the reports on California’s progress towards meeting its 100% Clean Energy Goal, we have reached 33% of the total renewable energy portfolio that the state needs. By 2025, we need to be at 90% and by 2045, we need to be at 100%. He said that while the growth of rooftop solar has been a success, it is currently under threat.

In 2006, Governor Arnold Schwarzenegger signed the Million Solar Roof Initiative which started the process. By 2019, California had installed 1 million solar rooftop arrays, according to Solar Power World. It could install 3 million roofs and 1 million solar batteries which would help California achieve its 100% Clean Energy Goal, Tregub said, but that would require California to pick up the pace in order to accomplish it in time.

The Investment Tax Credit legislation has repeatedly been extended by Congress to help spread solar energy faster in America. This includes growing and expanding the market of rooftop solar and the storage market. Those who install solar will receive a 30% tax credit until 2032. While this is a helpful development, Tregub expressed grave concern that California’s Public Utilities Commission will adopt a new net energy metering policy that will hurt the rooftop solar industry and homeowners who want to go solar. The fear is that the new net energy metering policy will slash the energy credit that solar consumers receive by 76%, and this will discourage Californians from going solar. Trugub said that what California needs now is three times the rate of rooftop solar adoption in order to meet its goal.

Tregub spoke about some well known rooftop solar advocates. The California Air Resources Board is planning to release a draft of a climate action plan to slash use of fossil fuels and reach carbon neutrality by 2045 and CAL Matters wants to double California’s electricity demand from 50 gigawatts to about 100 gigawatts by 2045. Congresswoman Barbara Lee, and Esperanza Vielma of the Environmental Justice Coalition for Water endorse rooftop solar.

The list of rooftop solar’s benefits is very vast. Solar with battery storage is the best defense against a periodically unreliable energy grid and also spares wildlife habitats and spaces. It also saves a great amount of money. Tregub said that this will save California ratepayers $4 billion a year and that rooftop solar supports good jobs and businesses. This year, investment in solar will employ 68,000 California residents. By 2030, sustained investment in local solar and storage could create 100,000 jobs, expanding to 374,000 in 2050. All together, this would bolster economic growth in the state.

Rooftop solar is not only for the better of the climate situation, but for the economy. It will save vast amounts of money for the better of the Earth and solar taxes. The government is initiating a challenge with the Investment Tax Credit, which will have to motivate California to make changes and grow endorsement for rooftop solar; and continue meeting its goals for clean energy. Tregub closed his presentation by urging attendees to do everything they could to advocate for and defend rooftop solar from proposals that would make it more expensive for homeowners to go solar—and make it harder to reach our state’s renewable energy goal.