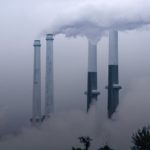 The Sierra Club, which is sponsoring the film, reports that: it is a compelling look at the lives and issues behind the “war on coal,” captures Americans in communities across the country as they wrestle with the legacy of the coal industry and what its future should be. From Appalachia to the West’s Powder River Basin, the film goes beyond the rhetoric to present compelling and often heartbreaking stories about what’s at stake for our economy, health, and climate. From The Ashes premiered at the 2017 Tribeca Film Festival and will air globally on National Geographic this summer.

To see the trailer of this film that premiered at the 2017 Tribeca Film Festival and will air on National Geographic in the US on June 25, go to https://www.fromtheashesfilm.com/.