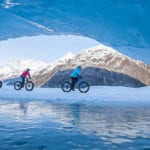 This year’s Earth Day celebration at The David Brower Center was co-sponsored by the League of Women Voters of California. The celebration included two sessions of the Wild and Scenic Film Festival. Information on the films, panel and tickets can be found at www.berkeleyearthday.org/film-fest.

The Sunday “Land Sea and Sky” session featured ten films selected from the Wild and Scenic on Tour program which address a variety of environmental issues as well as wilderness adventure films. 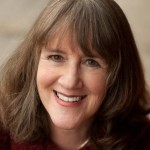 The Monday night “Solutions to the Climate Crisis” program began with an hour of films from the Wild and Scenic Film Festival on the topic of climate change followed by an esteemed panel discussing a variety of approaches to reducing greenhouse emissions and restoring the climate. Our own Diz Swift, the Climate Change Program Director for the League of Women Voters of California and the principal of PriceonCarbon.org, moderated this panel.

This is the second year that The Festival has been hosted in Berkeley by Citizens Climate Lobby and The David Brower Center. Considered one of the nation’s premier environmental and adventure film festivals, this year’s films combine stellar film making, beautiful cinematography and first-rate storytelling to inform, inspire and ignite solutions and possibilities to restore the earth and human communities while creating a positive future for the next generation. Festival-goers saw award winning films about nature, community activism, adventure, conservation, water, energy and climate change, wildlife, environmental justice, agriculture, Native American and indigenous cultures.