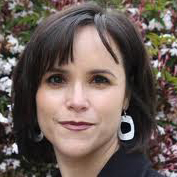 Remarkable gains in turning sometimes voters in to regular voters were achieved by some community groups in get-out-the-vote campaigns, reported Dr. Lisa Garcia Bedolla of the University of California Berkeley in her talk at our Annual Meeting in 2014. Her findings are still essential to guide our work in registering and getting out the vote.  What was successful? A person from the occasional voter’s own community visiting that voter in person–not once but twice.   So there are several key points suggested by this study — people are most successful persuading their own community members–whether that community is defined by language, age, race or some other affinity.  Repeated visits show the potential voter that the “recruiter” is genuinely interested in persuading the person to register or to vote because it is important to and for their shared community and to the “recruiter” him or her self.

Dr Garcia Bedolla is now the Director of the Institute for Governmental Studies on the UC Berkeley campus. IGS offers regular late afternoon talks by political experts on many topics of interest to League members. You can sign up to be on the list and read many current reports, for example Garcia Bedolla’s comments on the recent state of the union speech at https://igs.berkeley.edu/

More about the study: Among 9 different community groups working over more than 6 elections, 2006-2008, Dr. Garcia observed improvements in voter turnout among registered voters who voted only occasionally from a few percent to up to 45%, compared with similar registered voters who were not contacted.

Dr. Garcia and her co-author Melissa Michelson worked with nine Latina/o American, African American and Asian American community groups in California. They found that personal contact–through knocking on doors or by telephone–by someone from the potential voter’s own community and, where relevant,  speaking the voter’s native language–was very effective in persuading occasional voters to vote in the upcoming election–and in future elections–in other words, in turning them into regular voters.

Most effective of all were the groups who followed up with a second visit–at least one of these groups increased voting in the contacted group by 45% more than in the control group, that is, people in similar circumstances who were not contacted. Follow-up phone calls were also effective—with up to 10 percentage point effects—more than double that of a one-call phone bank and equivalent to a well-organized door to door effort.