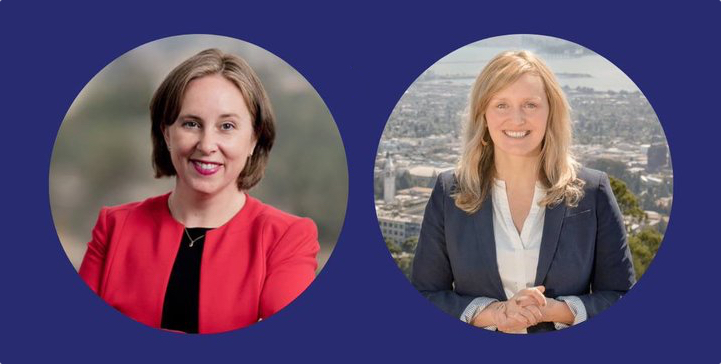 Highlighted were progressive priorities of the Governor made possible by this year’s unusually ample budget, thanks to the state’s booming economy, and Wicks’ 13 bills addressing needs ranging from mitigation of gun violence by immediate intervention after shootings to strengthening of the social safety net by raising taxes on the wealthy. In addition, the Governor has allocated $1.75 billion to the increasing and racially imbalanced homelessness to fund Navigation Centers and more housing. O’Leary mentioned that Newsom favors more research for better strategies to deal with gun violence, homelessness, and K-12 finances.  Wicks’ particular concern with unfairness — indicated by most cities not having met REEMA goals for affordable housing and stunning income disparities between rich and poor — has spawned her bills against rent gouging and for tax credits for poor working families.

O’Leary’s extensive background in early childhood needs has made her a strong advocate for the Governor’s support of more education at this crucial time of life, whereas Wicks’ government experiences have informed her advocacy of a more reliable tax system, including reform of the commercial tax provision Prop. 13. Both applauded overdue revamping of 2011 state regulations on charter schools in order to protect non-charter public schools from practices threatening their solvency.

The favorable reception and positive atmosphere of the “Conversation with Ms. Wicks and Ms. O’Leary” was unfortunately marred towards the end of the event by hostility and rudeness on the part of a few in the audience.