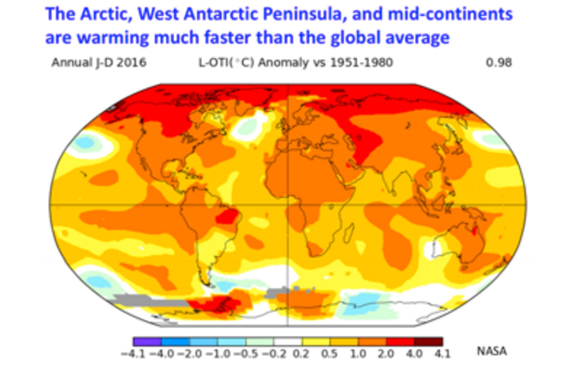 On May 19th the Climate Change Team held a  meeting centered around a presentation by Eric Arens and the City of Berkeley’s potential Climate Action Fund. Eric displayed a modified version of a presentation on climate change that he gave to the Rotary Club. He explained the rising global temperature due to the greenhouse gas effect which traps gases like carbon dioxide and nitrogen in the atmosphere. Eric explained that this was caused by human actions and that when looking at Earth’s temperature over the last 10,000 years, the recent rise has never been seen before and was not anticipated.

The last part of the presentation focused on different methods of reducing carbon emissions: a carbon tax, cap and trade policy and a carbon dividend. These options would limit the amount of carbon dioxide that can be released into the atmosphere by individuals and companies. The National League has made climate change a priority and supports a price on carbon, but does not have a specific preference on what method exactly. The entire presentation on these specific policies and climate change is linked above.

The other portion of the meeting focused on a proposed Berkeley Climate Action Fund. The specifics of this have not been decided, but it would take the form of a carbon fee and the funds would then be spent on climate action. How the money will be generated and where it will be spent is being discussed, but some options include a utility users tax and taxes on ride share companies such as Uber and Lyft. This measure could potentially be on the November ballot or in future elections.