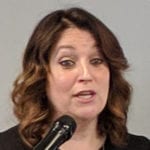 One of the most important meetings of the year!
The League of Women Voters Bay Area held Bay Area League Day on February 9th at the Google Community Space in San Francisco with a focus on Diversity, Equity, and Inclusion (DEI) in action and in practice. There were several speakers from within the League on the local, state, and national levels with special guests from a variety of industries.

Arguably the biggest name was Virginia Kase, CEO of the League of Women Voters U.S. She introduced herself and her vision for the League of Women Voters, including encouragement for us to grow as an organization, even if it can be uncomfortable sometimes. Virginia shared her own “blindspots” on her journey to become more inclusive, sharing motivational gems like, “We can be relevant or we can be relics!” 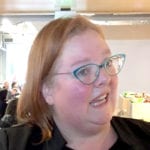 The following Google video was meant for the morning session when Virginia spoke. “Unconscious Bias at work – Making the Unconscious Conscious”

After Virginia’s address, she and Melissa Breach, Executive Director of the California State League, sat on a panel, moderated by Madeline Kronenberg of the West Contra Costa County League, to answer questions on what we are doing now and should be working towards in the future to improve DEI across the League. Melissa and Virginia discussed the need for building coalitions, being more representative of the geographic areas we serve, and the importance of bringing all voices to the table. Melissa also discussed the initiatives that our state Equity Task Force is working on and announced the Convention Equity Scholarship application that was released earlier this month to address financial barriers that members might have to attending convention. 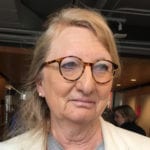 Among the other speakers were Allie Cannington,  Statewide Community Organizer for the Disability Network, and Laura  Eberly, Director of Social Change, YWCA San Francisco and Marin. Fred Blackwell the CEO of the San Francisco Foundation, one of the largest community foundations in the country also spoke. He was followed by, among others, Ken Werner, on the board of the Alameda League, who discussed being an Ally. This is a helpful video on the subject.”5 Tips for Being an Ally”

Bay Area League Day was an exciting and educational event. It is essential that our organization looks at itself on multiple levels to see how we can improve, grow, and prepare to support the next generation of leaders. If we aren’t able to evolve and welcome a diversity of people, including the next generation, The League of Women Voters will cease to exist.