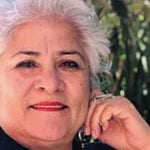 Don’t miss the next stellar “Face the Future” FREE talk by BUSD Board Director Beatriz Leyva-Cutler Sunday, Dec. 15, from 2-4 pm at the Berkeley Central Library!  She will be speaking about “Action Inspired by a New Vision for the Latinx Community: the real story of what is being done in the Berkeley Unified School District and in California”.

With many “firsts” to her credit, Director Leyva-Cutler or Beatriz, as she is known to her followers and admirers, is the first Latina elected to the Berkeley Unified School District Board, a Board Director since 2008, and the founder and Director of BAHIA, Inc., a Berkeley nonprofit corporation, which has offered secular bilingual instruction to children 2-10 years old, part-time childcare  and support for their families since 1975.  Meaning “bay” in Spanish, BAHIA is also an acronym standing for Bay Area Hispano Institute for Advancement and, thus, has helped lead the Latinx Community in furthering their interests and integration into the wider public arena.