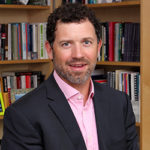 2018 will be a big year for the CA budget!  California Budget and Policy Center Executive Director Chris Hoene reported to the Ca State League Convention on noteworthy changes in the state’s fiscal landscape: more revenue will be collected than expected, the Governor and the Legislature have taken unexpected actions, but there is great uncertainty  about whether California will get the one third of the state budget usually provided by the Federal government. The next several years will be critical for lower income Californians who need affordable housing, Medi-Cal coverage and food stamps.

Single Payer, Road Repairs, Fast Debt Paydown: Unexpected was the surprisingly strong support for a Single Payer Health Bill passed recently by the Senate but, in Hoene’s opinion, it is unlikely to pass the Assembly. A second achievement was passage of the Transportation Bill to pay for significant repair of roads by an increase in the gas tax. Third, the Governor has proposed paying down debt faster for unfunded pensions by investing state revenue in low interest bank accounts in much higher interest, investment accounts. Since state revenues are currently larger than expected, there will be more reserves in the Rainy Day Fund, extra revenue yielded through Prop. 56 will go to Medi-Cal and more revenue will be available for a multiyear plan for child care and early childhood education. However, no new state investment in affordable housing is anticipated.

Nevertheless, with the unprecedented situation of sanctuary cities in California and potentially huge shifts in Federal funding facing state administrators for the first time, Hoene predicted a big year for debates about the state budget in 2018.