Kandea comes to the Board with a strong background in social enterprise  management in the solar and workforce development industries. Kandea has  over 10 years of nonprofit and program management experience and has a  passion for sustainable community development. She received her MBA  from the Johnson School of Management at Cornell University, her BA in  African American Studies from UCLA, and has received professional and  academic awards for outstanding service and achievement. Kandea strongly  believes in the League’s mission to create a more just, equitable society by  actively promoting and building democratic participation.  president@lwvbae.org 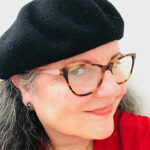 Elise has spent her entire life working in public higher education. Upon completing her B.S. in Business Administration at Indiana University of Pennsylvania she worked as an Accountant at University of Texas Rio Grande Valley and Pan American University. She then moved back to California which she always loved. For more than 25 years at UC Berkeley, she has partnered with faculty investigators while also training and leading other administrators in pre and post research administration. After she joined LWVBAE in early fall 2016 she became active in support of candidate forums and in support of amending Prop 13.  She is also very interested in inequality issues of all kinds- from voting and representation to climate change and protection of our natural resources and health. Secretary@lwvbae.org

Cynthia Chen had been a member of LWV Edina (Minnesota) for over 15 years before moving to Berkeley in 2013. She was an active member of LWVE, serving on the board in various capacities for many years. Cynthia joined LWVBAE shortly after arriving in Berkeley, and has been active on the Communications and Voter Services teams, publicizing LWVBAE events, and assisting in all candidate forums every election cycle. Cynthia  became Treasurer of LWVBAE after serving 2 years as chair of LWV  Alameda County Council.
treasurer@lwvbae.org 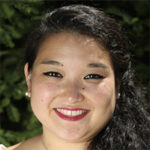 Adena Ishii has been involved with the League since 2010. In 2014, she was honored with the Spirit of the League Award for her work connecting students with opportunities for civic engagement. Adena also served as the youngest and first woman of color to be President of our League from 2017-2019. During her time as President, she pushed for more paid staff to support our work; pioneered our new internship program; and worked to create a more diverse, inclusive, and equitable organization. She currently serves as a liaison to the LWV California State Equity Task Force. adena@lwvbae.org

Action Coordinator Jinky Gardner joined LWVBAE in 2002 and quickly became very active. She co-led a local study on civics education in our public schools, and shepherded the study through consensus meetings to a good policy statement we can act on. She also served in various capacities on the Board including a two year stint as President.  After a few years of having to put the League on the back burner, she is back on the Board as Director of Action, and working to grow our membership and make it more diversified and younger. action@lwvbae.org

Communications Linda Carothers has worked with and for the League for over 15 years. She graduated from the School of Fine Arts at what is now Carnegie Mellon University. Worked in New York City in the Book industry designing books and jackets. Studied television and animation while living in London. Did further studies of animation and graphics at DeAnza College in Cupertino and the College of Arts and Crafts in Oakland. Studied Web Design with the Contra Costa County Regional Occupational Program.  webmanager@lwvbae.org 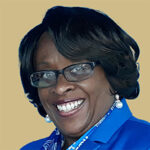 Voter Services Pamela White is a Bay Area native who serves as a leader and volunteer at local community institutions. She earned her Bachelor of Business Administration with a Minor in Finance from Cal Poly Pomona, and a Master’s Degree in Education with a Literacy Focus. Pamela has dedicated decades of her professional career to education and recently joined the Gray Panthers to continue to educate and work with disenfranchised groups. When she is not spending time with family or taking on new challenges, she serves in a leadership capacity for Zeta Phi Beta Sorority, Inc. in California. Founded in 1920 at Howard University, Zeta Phi Beta, Inc. has historically focused on addressing social causes nationally and around the world  voterservice@lwvbae.org

Climate Change Eric Arens joined the LWVBAE in early 2019 to help on climate action.  Electrification of buildings has been the main focus because of the activity around the City of Berkeley natural gas hook-up ban.  Eric has explained and promoted the use of electricity at fairs and educational events.  He is a physicist and worked at the NASA Goddard Space Flight Center in Maryland and at the University of California at Berkeley.  When the Sierra Club was expanding into a national organization in the 1970s, he became the chairperson of the Chesapeake Bay Group, where pollution from farms and cities is the paramount problem. ericarens@comcast.net

Criminal Justice Christine Wenrich has been a member of the local LWV for many years.  She has a BS & MA in Special Education and worked with the SFUSD schools.  After retiring, she took on the role of LWVBAE Secretary, followed by that of Archivist.  As Archivist, she organized the work of BAE from as far back as the 80’s. She joined the newly formed LWVC Criminal Justice Team which grew out of concerns expressed at the 2017 LWVC Convention.  As Leader of the Criminal Justice Team, her plans are to continue monitoring policing in the three  cities in light of new legislation, and the newly formed Berkeley Police  Accountability Board. archivist@lwvbae.org 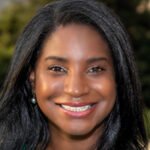 Rashida is the founder and CEO of RepresentEd and has an extensive experience in the corporate sector. At RepresentEd, Rashida leverages her business background to form a unique approach to instructing students by applying academic curriculum to real-world scenarios using design methodology.
Her passion for inspiring young adults to reach for their dreams has led her to serve as a facilitator, instructor and mentor in both academia and impact focused organizations. Rashida received her BA from University of California, Berkeley. rashida@lwvbae.org

Want to send a message to the President and the whole Board? Email 2022board@lwvbae.org