Kandea has served as the Director of Diversity, Equity, Inclusion and on the Communications team for over four years. She has structured the League’s internship program for high school and college students, encouraging them to take on important projects and report on them in online articles so members and supporters are connected to the important work of the League. She earned an MBA from the Johnson Graduate School of Management at Cornell University and a BA in African American Studies with a Philosophy Concentration from UCLA. Her career has been in nonprofit and social enterprise management with a focus on workforce development in the solar and tech industries where she has received awards for outstanding service and achievement. Kandea strongly believes in the League’s mission to create a more just, equitable society by actively promoting and building participation in our democracy. president@lwvbae.org

Vice President
Adena Ishii has been involved with the League since 2010. In 2014, she was honored with the Spirit of the League Award for her work connecting students with opportunities for civic engagement. Adena also served as the youngest and first woman of color to be President of our League from 2017-2019. During her time as President, she pushed for more paid staff to support our work; pioneered our new internship program; and worked to create a more diverse, inclusive, and equitable organization. She currently serves as a liaison to the LWV California State Equity Task Force.
adena@lwvbae.org 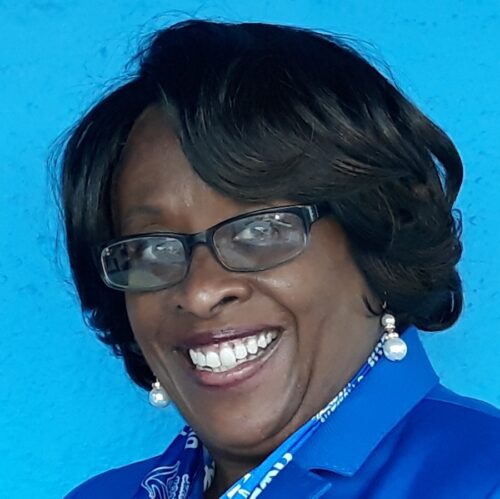 Voter Services
Pamela White is a Bay Area native who serves as a leader and volunteer at local community institutions. She earned her Bachelor of Business Administration with a Minor in Finance from Cal Poly Pomona, and a Master’s Degree in Education with a Literacy Focus. Pamela has dedicated decades of her professional career to education and recently joined the Gray Panthers to continue to educate and work with disenfranchised groups. When she is not spending time with family or taking on new challenges, she serves in a leadership capacity for Zeta Phi Beta Sorority, Inc. in California. Founded in 1920 at Howard University, Zeta Phi Beta, Inc. has historically focused on addressing social causes nationally and around the world. Pamelajw2019@gmail.com

Christine Wenrich has been a member of the local LWV for many years.  She has a BS & MA in Special Education and worked with the SFUSD schools.  After retiring, she took on the role of LWVBAE Secretary, followed by that of Archivist.  She joined the newly formed LWVC Criminal Justice Team which grew out of concerns expressed at the 2017 Convention.  As Team Leader of our Criminal Justice Team, her plans are to continue monitoring the issues that concern policing in the three cities, the development of Berkeley’s Police Accountability Board, and the deliberations regarding an Oversight Board for Alameda County. The Team plans to keep the community informed through reports located on our website.    archivist@lwvbae.org

Want to send a message to the President and the whole Board?
Email 2021board@lwvbae.org.