Kandea comes to the Board with a strong background in social enterprise management in the solar and workforce development industries. Kandea has over eight years of nonprofit and program management experience and has a passion for sustainable community development. She received her MBA from the Johnson School of Management at Cornell University, her BA in African American Studies from UCLA, and has received professional and academic awards for outstanding service and achievement. Kandea strongly believes in the League’s mission to create a more just, equitable society by actively promoting and building democratic participation. kandea@lwvbae.org

Jinky Gardner joined LWVBAE in 2002 and quickly became very active. She co-led a local study on civics education in our public schools, and shepherded the study through consensus meetings to a good policy statement we can act on. She also served in various capacities on the Board including a two year stint as President.  After a few years of having to put the League on the back burner. With the help of our new member and consultant, Adena Ishii, we are ready to grow our membership and make it more diversified and younger. action@lwvbae.org

Linda Carothers has worked with and for the League for over 15 years. She graduated from the School of Fine Arts at what is now Carnegie Mellon University. Worked in New York City in the Book industry designing books and jackets. Studied television and animation while living in London. Did further studies of animation and graphics at DeAnza College in Cupertino and the College of Arts and Crafts in Oakland. Studied Web Design with the Contra Costa County Regional Occupational Program.  webmanager@lwvbae.org 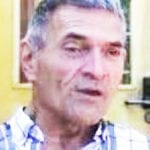 I plan to apply my varied public and business experience, long residence and work in the City of Emeryville and my current familiarity with regional issues  to the Board’s work. During  6 terms as a City Council Member in Emeryville, I served 6 one-year terms as Mayor and helped lead the redevelopment of 65% of Emeryville. I’m a past president of the Emeryville N.A.A.C.P. and a founder of  the Emeryville Chamber of Commerce and the Emeryville Property Owners Association, for which I serve as a consultant. I volunteer for the Public Banking Institute. Since 2014 I have been recording regional public meetings and events, including the Metropolitan Transportation Commission (MTC), Association of Bay Area Governments (ABAG) and the Alameda County Transportation Commission (ACTC)–as well as events for local leagues. The videos are available free on line at http://Regional-Video.com. ken.bukowski@gmail.com

Adena Ishii has been involved with the League since 2009. In 2014, she was honored with the Spirit of the League Award for her work connecting students with opportunities for civic engagement. Adena also served as the youngest and first woman of color to be President of our League from 2017-2019. During her time as President, she pushed for more paid staff to support our work; pioneered our new internship program; and worked to create a more diverse, inclusive, and equitable organization. She currently serves as a liaison to the LWV California State Equity Task Force.
adena@lwvbae.org

Want to send a message to the President and the whole Board?
Email 2019Board@lwvbae.org