Adena is the youngest and first women of color to be president of our League since 1911. She was first elected president in 2017 and hopes to serve another year. Her focus is on updating our League’s image and bringing relevance to our organization. She has been involved with the League since 2009, and in 2014, she was honored with the Spirit of the League Award. Adena worked for the League as a Membership Growth Consultant for almost two years, she revived the League’s social media accounts on Facebook and Twitter, volunteered on the Prop 13 Reform Team, and worked on opportunities to engage youth through voter registration campaigns. Adena serves as a Berkeley Commissioner on the Sugar- Sweetened Beverage Product Panel of Experts. president@lwvbae.org 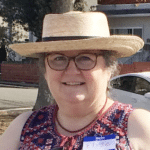 Elise has always looked up to the League, its activities, and its goals. She was happy to join LWVBAE and help with a few of the Fall 2016 pre-election forums. She has become active with the Prop 13 Reform and Membership teams since then, and she look forward to continuing to support efforts to bring a measure to amend Prop 13 before the California voters and start getting some of the lost revenue back to our local communities. Particular areas of concern and interest to her are issues related to inequality – from voting and representation issues to climate change and the protection of our natural resources and health. She has always worked in public institutions of higher education, starting as a student in Pennsylvania, and later as staff in Texas and California, Elise has worked at UC Berkeley as a research administrator for many years. She looks forward to this opportunity to support League activities and learn more about the League! Secretary@lwvbae.org

Emily looks forward to continuing to work with the League, while also expanding her skills. Emily has worked at Semifreddi’s since 2004, and she is now the Office & Payroll Manager—overseeing sales data analysis, accounts receivables, payables, billing, and bakery production scheduling. Emily attended Berkeley High School and earned her GED at 17. Previously, she was an active volunteer for the Berkeley/Albany Girl Scouts Service Unit, including serving as the cookie sales manager and co-treasurer. She is the mother of fifteen-year-old Micaela, a long-time League volunteer. treasurer@lwvbae.org 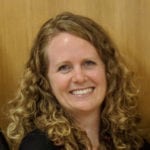 Bonnie Bain has recently returned to the Bay Area and resides in Albany, CA. By day she works in the cleantech startup space, and by evening she is completing her MBA at the University of San Francisco. She is passionate about supporting and sustaining female leadership. Like many, she was galvanized by the 2016 election and spent time with 350MA, Indivisible, and Harvard’s Resistance School in order to learn the basics of grassroots political activism. Bonnie has over a decade of experience in project management and operations and looks forward to putting these skill sets to use to support the League. program@lwvbae.org 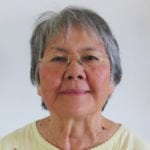 Ruby MacDonald has enjoyed working with the Climate, Voter Services and Civics Education/Prop. 13 Reform Teams of LWVBAE at different times for the last 4 years. She is a retired research biochemist/biophysicist and retired high school biology teacher who would like to continue learning about and contributing to K-12 education, especially pertaining to science and civics and serving the Berkeley, Albany, Emeryville community through the League.  ruby@lwvbae.org

Linda Carothers has worked with and for the League for over 15 years. She graduated from the School of Fine Arts at what is now Carnegie Mellon University. Worked in New York City in the Book industry designing books and jackets. Studied television and animation while living in London. Did further studies of animation and graphics at DeAnza College in Cupertino and the College of Arts and Crafts in Oakland. Studied Web Design with the Contra Costa County Regional Occupational Program.  webmanager@lwvbae.org

Kandea comes to the Board with a strong background in social enterprise management in the solar and workforce development industries. Kandea has over eight years of nonprofit and program management experience and has a passion for sustainable community development. She received her MBA from the Johnson School of Management at Cornell University, her BA in African American Studies from UCLA, and has received professional and academic awards for outstanding service and achievement. Kandea strongly believes in the League’s mission to create a more just, equitable society by actively promoting and building democratic participation. kandea@lwvbae.org