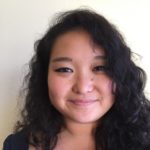 As President, I will work with the Board and members to create a positive and inclusive culture. We will also build up structures and systems that will help grow and sustain our League. As the youngest and likely first women of color to be president of our League since 1911, I hope to update our image and bring relevance to our organization. I have been involved with the League since 2009, and in 2014, I was honored with the Spirit of the League Award for my work connecting students with opportunities for civic engagement and resources for transferring to four year institutions. In addition to working with the LWVBAE Membership Team, I managed our social media communications on Facebook and Twitter, served on the Prop 13 Reform Team, and serve as a Berkeley Commissioner on the Sugar Sweetened Beverage Product Panel of Experts.
president@lwvbae.org

I am  delighted to be elected to continue in my role as Secretary. The minutes are an important record of procedures and activities carried out by LWVBAE.  I believe my teaching and librarian skills allow for accurate reporting and for receptiveness to feedback. Board meetings are enjoyable, forward-looking, and based on substantive issues.  I must add that my most avid interest is in elementary education and I am awaiting the return of studies in this area.  Overall, I am thankful to be learning about and working to better the democratic political process with the League. secretary@lwvbae.org

I look forward to continuing to work with the League, while also expanding my horizons and skills. Having worked at Semifreddi’s for about 13 years, I am now the Office & Payroll Manager—overseeing sales data analysis, accounts receivables, payables, billing, and scheduling bakery production. I attended Berkeley High School and earned my GED at 17. Previously, I was an active volunteer for the Berkeley/Albany Girl Scouts Service Unit, including serving as the cookie sales manager and co-treasurer. I’m the mother of fourteen year old Micaela, a long-time League volunteer.  treasurer@lwvbae.org

Last year I took on the job of Membership Director, working with Adena Ishii.  Our membership grew by leaps and bounds. This year, with the help of the new Membership Team, we will be focusing on getting many of them actively involved. I joined LWVBAE in 2002 and quickly became very active. I co-led a local study on civics education in our public schools, and shepherded the study through consensus meetings to a good policy statement we can act on.  I also served in various capacities on the Board including a two year stint as President.   membership@lwvbae.org

As a scientist, I naturally gravitate to the League. Like the scientific community, the League is comprised of strong-minded individuals who have agreed to subject their ideas to review for the greater good. I appreciate the League for keeping alive the memory of being denied the vote, and jealously guarding and pursuing the expansion of suffrage. For years I have advocated hopefully for election methods that result in representation for almost every voter, which increases engagement and turnout. In comparison, there is consensus among political scientists that the method currently used by Albany and Emeryville is the worst. As a geologist, my other civic passion, motivated by fear, is reducing greenhouse pollution to avert climate change. pdjordan@lbl.gov, climate@lwvbae.org 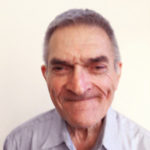 I plan to apply my varied public and business experience, long residence and work in the City of Emeryville and my current familiarity with regional issues  to the Board’s work. During  6 terms as a City Council Member in Emeryville, I served 6 one-year terms as Mayor and helped lead the redevelopment of 65% of Emeryville. I’m a past president of the Emeryville N.A.A.C.P. and a founder of  the Emeryville Chamber of Commerce and the Emeryville Property Owners Association, for which I serve as a consultant. I volunteer for the Public Banking Institute. Since 2014 I have been recording regional public meetings and events, including the Metropolitan Transportation Commission (MTC), Association of Bay Area Governments (ABAG) and the Alameda County Transportation Commission (ACTC)–as well as events for local leagues. The videos are available free on line at http://Regional-Video.com. Other experience includes: owning two successful nightclubs in Emeryville, being a former private pilot and an avid cyclist. ken.bukowski@gmail.com 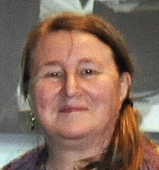 Phyllis joined the Board as the Voter  Services Coordinator after volunteering with LWVBAE Voter Registration activities for the 2012 Presidential Election.  She retired from the University of California where she worked for 29+ years supporting research scientists in proposal development and award management.  For the last 10 years she was also a programatic database manager supporting sponsored research.  She worked both on the Berkeley campus and at the Lawrence Berkeley Natioinal Laboratory. She has a BS in Poliitical Science from Southern Oregon University where she first registered voters, voted and was a poll watcher. p2gale@gmail.com

Note: Three additional members will be appointed by the 2017-18 Board 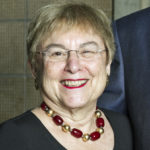 Our committee will begin work in July– by visiting Team meetings and getting acquainted with the very large number of new members recruited in 2016-17, encouraging interested new members to gain skills and take on more challenging tasks in the League, so that they can become future League leaders.  A member of this League since 1976, I have served often on the Board and twice as president. My other current job is communications coordinator. I learned to write, ====produce, and distribute documentary films in the League and practiced this profession for the League and others before returning to local League work. I look forward to finding a new generation of League leaders to replace me,  so that I can retire and support their work. nkbickel@lmi.net

Members of the Nominating Committee 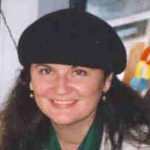 I have always looked up to the League, its activities, and its goals and very much support them!  I was happy to join LWVBAE and help with a few of the fall pre-election forums. I have become active  with the Civics Ed/Prop 13 (Make it Fair!) and Membership teams, I look forward to continue to support  Make It Fair! including spreading the word further about amending Proposition 13. I have always worked in public institutions of higher education. First as a student in Pennsylvania & later as staff in Texas and California. I moved back to California and the East Bay in 1989, and, since 1990, I have worked for UC Berkeley as a research administrator.

I look forward to this opportunity to support the League! elise.mills@yahoo.com