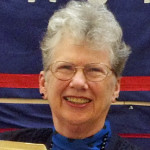 The Team communicates by email and new links on this page.
It is not meeting at this time.
Meanwhile you can study the great books, articles
and websites listed below and on linked pages.

Minimum/Living Wage is now a LWVC Priority for Education and Action for 2015-17.   Pat Kuhi is largely responsible for organizing the campaign of Leagues across the country that prompted the LWVUS Board to change its application of the Meeting Human Needs policy position as described below. Pat and the Team  support Leagues across the country in their local efforts by posting useful materials on this wepage.

The Report of Economic Inequality Team for 2014-15 can be found here.

At its January 2015 Meeting, the Board of LWVUS determined that the Meeting Basic Human Needs position [para below] may be used by local and state Leagues to support increases in the local or state minimum wage or a living wage–with the understanding that the state and local leagues will do the research necessary to determine what is an appropriate wage for their own community. The position will not be applied in this way at the national level.

The League of Women Voters of the United States believes that one of the goals of social policy in the United States should be to promote self-sufficiency for individuals and families and that the most effective social programs are those designed to prevent or reduce poverty.  [our underlines]

At our Program Planning Meeting in January 2014 LWVBAE members voted to address economic inequality.  An important part of this effort is raising the minimum wage, but the LWVUS had no position in support of doing so–and refused to allow use of the Meeting Basic Human Needs position [cited above] for this purpose.  To gain a national position our League found a LWV-Kansas position and proposed it at the 2014 LWVUS Convention for concurrence.  It received a majority vote, but since 2/3 is required for concurrence, the effort failed.

The National League President and Board recommended that we proceed with the effort from the state level.  With LWVBAE Board approval, a letter was sent in December to all California Leagues asking them to recommend a study for raising the minimum wage or establishing a living wage at their local State Program Planning meeting this winter. Subsequently, at LWVBAE’s program planning meeting in January 2015, League members recommended that LWVBAE make its first priority that LWVC adopt such a study at the May 2015 Convention. Note: such a study is no longer necessary because LWVUS has changed its approach to state and local league application of its Meeting Human Needs Position. See above.

Raising the minimum wage is a political issue nationally, and at the state and local level, so we are delighted to have achieved this goal.

Some Introductory & Basic Resources for Economic Inequality and Living Wage

States Consider Increasing Taxes for the Poor and Cutting Them for the Affluent, Feb 15, 2015

Robert Reich | Why College is Necessary but Gets You Nowhere, Nov 24, 2014

Janet Yellan, Chair of the Federal Reserve Bank, Speaks of Her Concern about Economic Inequality, Oct 10, 2014

Robert Reich speaks to the LWVBAE, September 4, 2014 – A “Perfect Storm” of Inequality

The Plight of African Americans under Economic Inequality, Jun 12, 2013

Minimum Wage Laws and Proposal for Major US Cities

Most States Will Now Have A Higher Minimum Wage Than The One Set By Congress, Huffington Post, Nov 6, 2014