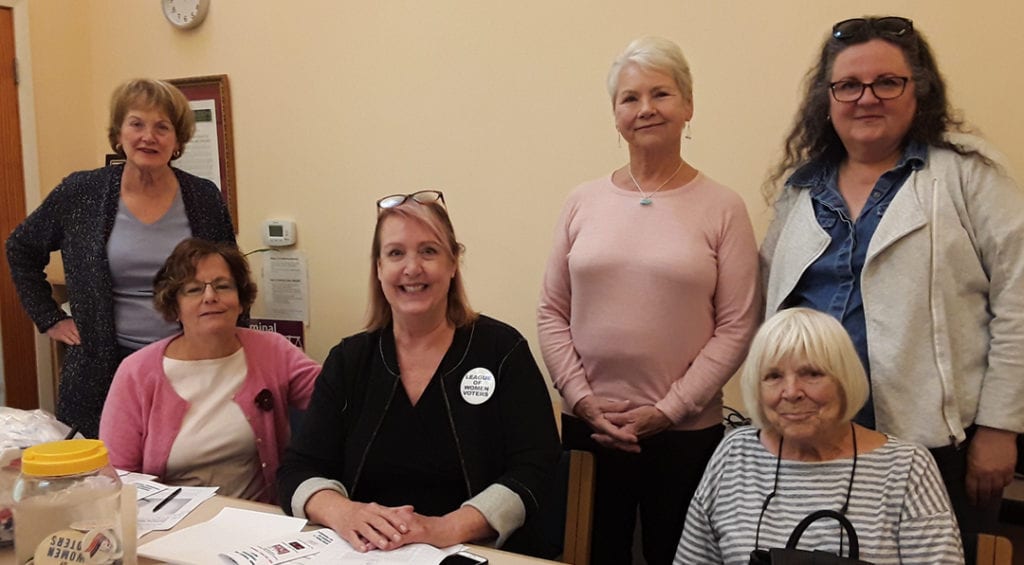 Our Campaign to Reform Proposition 13

2017 began hopefully for Proposition 13 Reform as the LWVBAE Civics Education Team took up fixing this flawed state Constitutional Amendment passed by California voters 40 years ago! The Civics Ed Team, renamed the Civics Ed/Reform Prop. 13 Team, won the nod from membership to campaign for this priority issue at the Program Planning meeting in January.

Joining other local leagues throughout the state, the Team began studying Prop. 13 and its effects and gearing up to pass a state ballot measure to significantly improve it. One major effort centered on the creation of a brochure explaining the substance of Prop. 13 and its devastating reduction of revenue for K-12 education in California since 1978. The second major effort was presentation of a caucus on Prop. 13 Reform at the LWV State Convention in Sacramento in June 2017.

While both projects were moving along, a coalition was forming at the state level to submit and pass a state constitutional amendment of Prop. 13 by California voters. Under the leadership of Evolve, California Calls, and LWVC five Townhall meetings throughout the state introduced the campaign to reform part of Prop. 13 with the slogan “Make It Fair”. A favorable reaction was shown by massive public turnout Sept. 9 at the Townhall in Oakland, as well as in San Diego, Chula Vista, Bakersfield and San Bernardino. Polling by a public relations firm also indicated substantial public support for Prop. 13 reform.

In January 2018 a proposed State Constitutional Amendment of Prop. 13 was submitted by Anthony Thigpen of California Calls, Helen Hutchison, President of LWVC, and Benjamin McBride of PICO California to State Attorney General Xavier Becerra for approval as a ballot measure, provided enough signatures of voters could be gathered. Studies by the Legislative Analyst’s Office and other groups indicated that the measure would provide $6 to $10 billion in new revenue for schools and local communities by requiring commercial – but NOT residential, rental or agricultural – property to be assessed at market value, not its original purchase price, if valued at $2 billion or more. From Mar. to June 2018, signature gatherers – paid and volunteer, including the Prop. 13 Reform/Civics Ed Team, – collected more than enough signatures to put this measure, “Schools and Communities First”, on the Nov. 2020 ballot!

This photo of League members was taken at the South Berkeley Senior Center on August 15, 2018, the date when Secretary of State Alex Padilla announced ballot qualification of the measure.