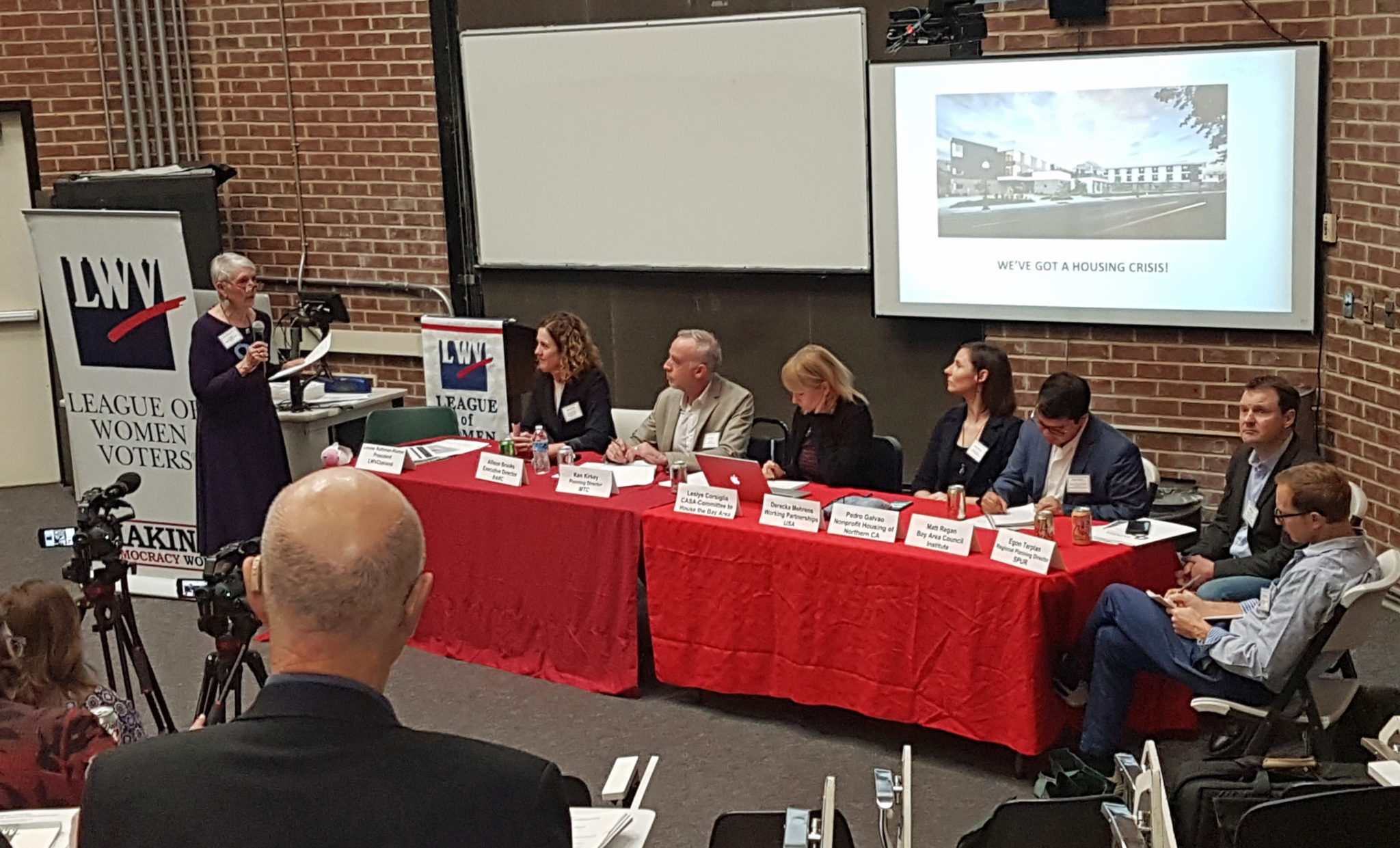 Hopeful optimism about Regional Government in the 9 county Bay Area diffused through 2018 Bay Area League Day hosted by the League of Women Voters of the Bay Area at Laney College on Feb. 3. The theme “Winds of Change” was on target, as speakers addressed how local public entities are pursuing their individual mandates, but also trying to cooperate with each other in novel ways on “dire” problems like housing and traffic. Welcoming remarks by LWVBA President Madeline Kronenberg, new Laney College President Tammeil Gilkerson and LWVO President Louise Rothman-Riemer opened the conference.

Some memorable quotes from the meeting:
* “Habitat for Hypocrisy”–Marin County and some bay area cities do not build any or their fair share of housing for low and moderate income people, so, for example, about 70,000 people commute into Marin County every day
• “160,000 commute from the Central Valley” into the cities along the bay.
•  Bay Metro Center is the name for the newly merged staff of ABAG & MTC; the two agencies continue to debate how the two very different boards of directors for the Association of Bay Area Governments and the Metropolitan Transportation Commission can merge.
• Commercial development pays for its self [in taxes]; housing does not-
-a structural problem

A surprise guest of an appearance by Oakland Mayor Libby Schaaf energized the audience with her realistic but encouraging remarks on how Regional Government could boost affordable housing and mass transport for favorable “Winds of Change.”